In a business so susceptible to short-lived trends, few have the courage to trust their instincts. But from his earliest days as a gig-goer, Steve Zapp realised that his gut feeling was pretty reliable when it came to music.

That strength of conviction and resistance to prevailing fashions has served him well over 11 years at ITB. “I started out as ents manager at Reading University in 1991,” says Steve, who originally hails from Kent, “and when I was younger the bands I tipped seemed to happen, for some reason (see “First gig that blew you away” for proof of that). That helped me trust my own belief in an artist, and many of the acts that are doing best for me now – such as Biffy Clyro, Editors and The Courteeners – were unsigned when I saw them, but they had something I believed in, and I felt I could see the bigger picture with them and build their career from the live side of things.”

After booking tours on and off for several bands while working in management in the late ‘90s, and also helping launch The Fly magazine for the Barfly group of venues, Steve’s aptitude for building careers around playing live was attracting more work his way. He was eventually taken on by Radiohead’s agency 13 Artists in 2001, before joining ITB a year later. Since then he has built up a highly impressive roster and gained a reputation as one of the shrewdest and hardest working agents in the business.

“To me, the important thing for an agent to have is a strategy,” he says. “That means having a vision of where an act can go. And one of the things I’m careful of is not to get acts caught in a scene, because they’re likely never to be larger than that scene. So for instance, with Biffy, I had them support indie bands, had them going out with rock bands, and also had a wider breadth of acts playing with them. And now you’ve got a band with a wider fanbase, and for this album they’ve been on the front cover of Kerrang! and on the front cover of NME.”

You could call it luck, of course. But as a wise man once (nearly) said, inspiration is nothing without the perspiration to back it up.

First gig that blew you away?

“I remember being very impressed watching the support band to the Candyskins at Oxford Jericho Tavern in the early ‘90s – this band called On A Friday. I thought they were amazing, and they went on to change their name to Radiohead. They were very indie-pop then – Creep was probably their most sombre moment – but you could tell they had something special.”

“It can be JD and coke, can be beer. Depends on my mood.”

“I’d have to say football – and Liverpool FC. I don’t get to as many games as I’d like to, though – too many gigs to go to!” 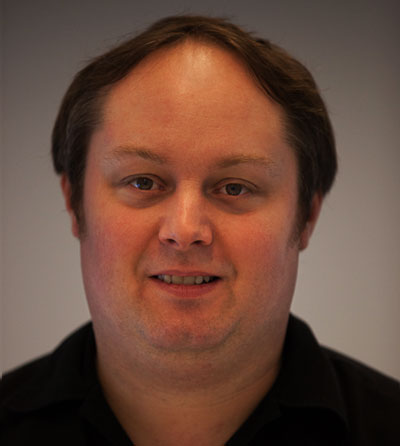 Steve is assisted by Giulia & Helen.