Phil Etheridge, lead singer, lyricist and co-songwriter for The Twang is in suitably ebullient mood. The band have just come off stage from an unbelievably packed Jazz Café show on a Saturday night in high summer of 2013. The Twang are about to make another album, the follow up to what the media would term the ‘career redemption’ of ’10:20’ but to the band just the latest example of what they do.

‘It makes me laugh really. We don’t think about that anymore, we play our shows and we make our albums and that’s it. Since we started ’10:20’ me and Jon and Saunders have gone back where we started, playing and enjoying it and not caring about all that radio playlist and other stuff. We can go out and play to a thousand people or more and they all get it and that’s what matters now. We have fans sending us pictures of tattoos with the lyrics on and coming up to us at shows telling us how we’ve been their favourite band since they first heard ‘Wide Awake’. We’ve got new tunes and we want to make those and then we’ll write more.’

Funny how things change…if a decade ago you had told The Twang, then an unknown quantity outside their native Birmingham and ostensibly vocalists Phil Etheridge and Saunders and bass player Jon Watkin (now augmented by new writing partner, guitarist and some time film maker Jon ‘Simmo’ Simcox) that being on their own label, touring predominantly at weekends and aiming to make music that has no care for radio play would make them happier to be in The Twang than at any other point in the band’s now 8 year public existence they would have looked at you askance. But then a decade ago was a different country.

Key in these changes is the addition of the man the band all call ‘Simmo’. Originally the band’s monitor engineer, a day job that continues for him with the likes of Primal Scream and the Kills, Phil suggests he was ‘was always kind of in the band’ although his presence during the writing process for ‘Jewellery Quarter’ was purely as mate and cheerleader. By the time the band came to ’10:20’ he was writing and co-producing tracks in what Phil describes as ‘a way of working together that was relaxed and for me personally easily the most fun we've had in the studio since before the band got a record deal’. Not content with slotting into the musical side of the band it was Simmo that came up with the concept for the recent video for ‘The Wobble’, a taster for the new album and a piece of film that flies in the face of any clichés that may still persist about the band.

The Twang’s new album looks backwards in only one way, its title. ‘NEONTWANG’ references the band’s original name, all that time ago, pre the explosion in interest and the climbs and swoops that went with it. It’s a binder of a title; in essence the core trio are the same as they ever were, and a restatement of what really drives this band to continue producing music and touring, the same spirit and obsession with music that took them to the bowels of a less than salubrious pool hall in the Bearwood area of Birmingham throughout the early years of the noughties.

‘NEONTWANG’ resonates with a love of music. In true Twang fashion, finding common cause with producer Rory Attwell was a combination that, on first utterance through a media lens seems as likely as bread and porridge but, in conversation with both parties makes perfect sense, forged on a love of music and a disdain for the ephemera that so much of music conversation seems to contain these days. The newfound camaraderie led the band to his Lightship95 studio on the Thames and a series of recordings that encompass light touch balladry, dub, trip hop and sunshine pop. That early leak of ‘The Wobble’ from the album points the way, a track that veers from delicate melody to overdriven industrial noise, it is the perfect pointer for an album that cares only for its own quality. Five months on from that Jazz Café show, Phil is, if possible, even happier than that summer night with his new album fresh from the mastering studio.

‘Rory was the perfect guy for the job. We were going to do a track or two with him and it just clicked and that was it, he’s doing the album. I get that some people will hear that we’ve recorded with Rory and they’ll think it’s weird but that says more about how people think about music and bands these days than it does about us or Rory. We do our thing, he likes it and we like what he comes up with to make it better.’

Freedom from the forensic gaze of the media suits The Twang. ’10:20’ turned some unlikely heads. NME, the title that more than any other had been both the promoter and bête noire of the band went so far as to categorise the album as ‘really good songs, simple as that’ whilst The Fly identified ‘maudlin prettiness and intelligence’ throughout the record. So, is this another of those redemptive stories so beloved of the UK press, from heroes to zeroes to heroes again? Phil shakes his head and smiles.

‘The thing is we were never what we were painted to be. So with ’10:20’ we did feel a bit of vindication, you know you point at the review and say ‘yeah, but that’s what we have been doing all the way through’. But, you know, you move on from that kind of need after a while. Anyone who has been through that thing of being the shit and then being just shit knows that neither side of the coin is really the truth and that, once you’ve fought your way through it, it doesn’t really matter. If no one came to see us, if no one bought the records or sang back to us at the gigs, that would hurt but what someone says in a magazine or on the web doesn’t really matter’.

If you are reaching for labels you could say that The Twang have ‘grown up’ or that they have realised the hollow nature of fame or found redemption in their music. But, nice as that narrative may be it is nowhere near the truth. Hard though it may be to accept The Twang are much the same as they ever were, in love with music past and present, committed to a band that has been their reality for their entire adult lives. As is normally the case, Phil Etheridge has the last word:

I’m happier now than I have been in the band. We had all that attention and a fair amount of cash but that wasn’t ever what it was about. The new tunes are the best we have written, working with Rory on a deadline was the most exciting studio experience I have had, that sense of getting on with it, capturing the excitement and not thinking about it all the time or talking about it endlessly and what it ‘means’ or who will like it. We like it. The fans will like it. That’s what matters.’ 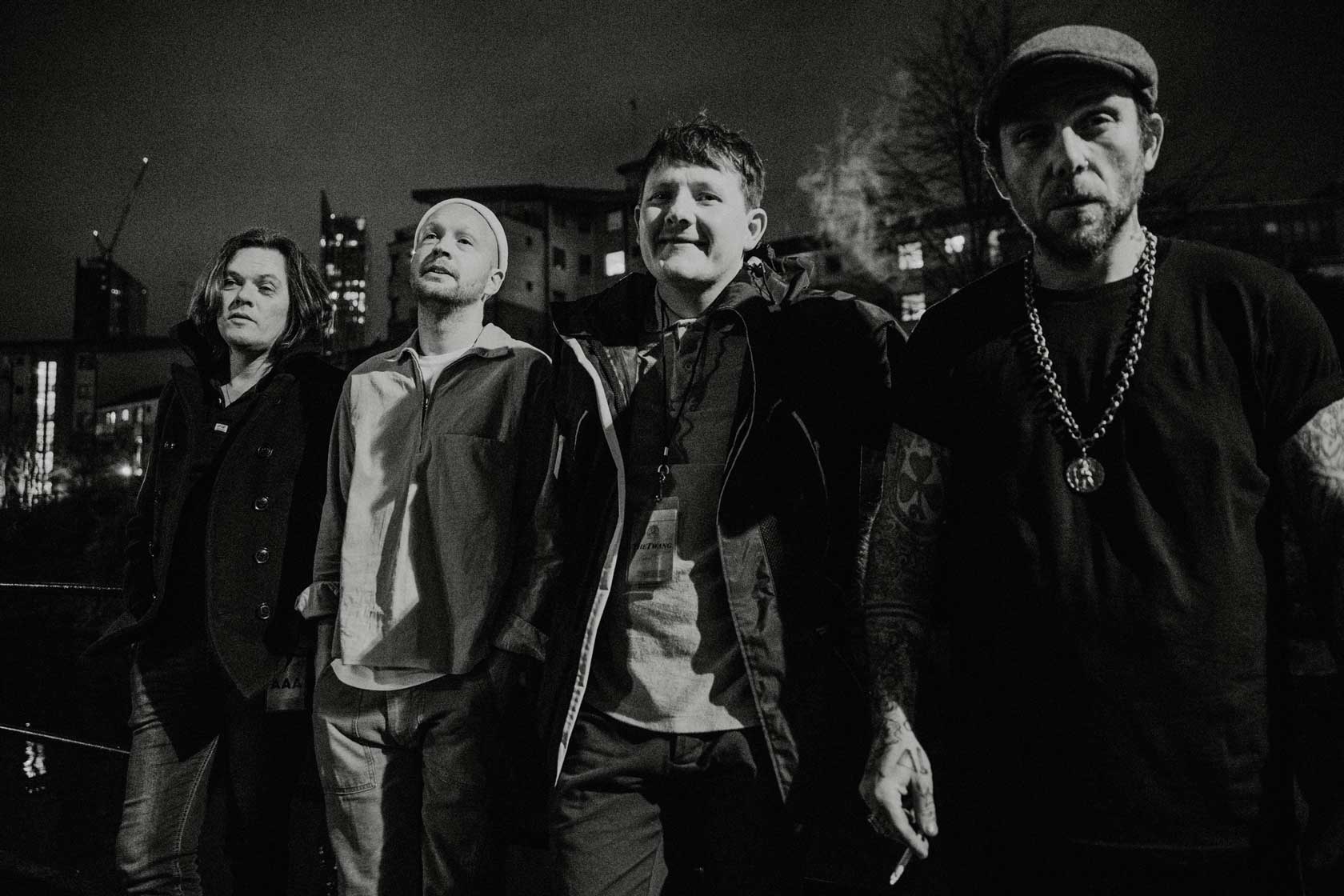