“A punk-rocker who wants the music to speak again” is how Guildford 19-year-old BEX describes herself, along with a list of things that “suck” (Sexism, Racism, Fast fashion, Judgementalism and heartbreak) and things that “don’t suck” (Riffs, Self-expression & expressive art, Inclusion & Equality, Feminism and Respect). Based her 2021, it seems to have struck a power chord with the 60K+ online followers that now identify as her fans.

A massive rock fan herself, listing influences including System of a Down, Rage Against the Machine alongside female-fronted bands The Pretty Reckless & Paramore, as the 2020 lockdowns started to bite BEX honed her creativity and vision from her student bedroom. A disciple of big riffs, she picked up a Bass and found that everything sounded better when you played it lower down. With an innate sense of what makes her generation tick and the problems facing the world today (see her list above), she started putting up self-filmed bass covers of her favourite riffs, dressed in her own clothes (made, stitched and sewed by her) whilst hunting down the scene’s hottest young photographers to collaborate with. Starting with 2,000 followers on her Instagram in January, by the summer she had over 35,000 without spending a single penny – letting her music, messaging and arresting visuals do the talking.

Making pals with other musical creators in the circle, she’s spent her time laying down some face-melting riffs and rousing, call-to-arms choruses with collaborators including WARGASM and her band as well as playing livestreams for IKEA/Live Nation and eMusic. BEX is a true voice of her generation – trust you and me – she’s gonna make us hear it. 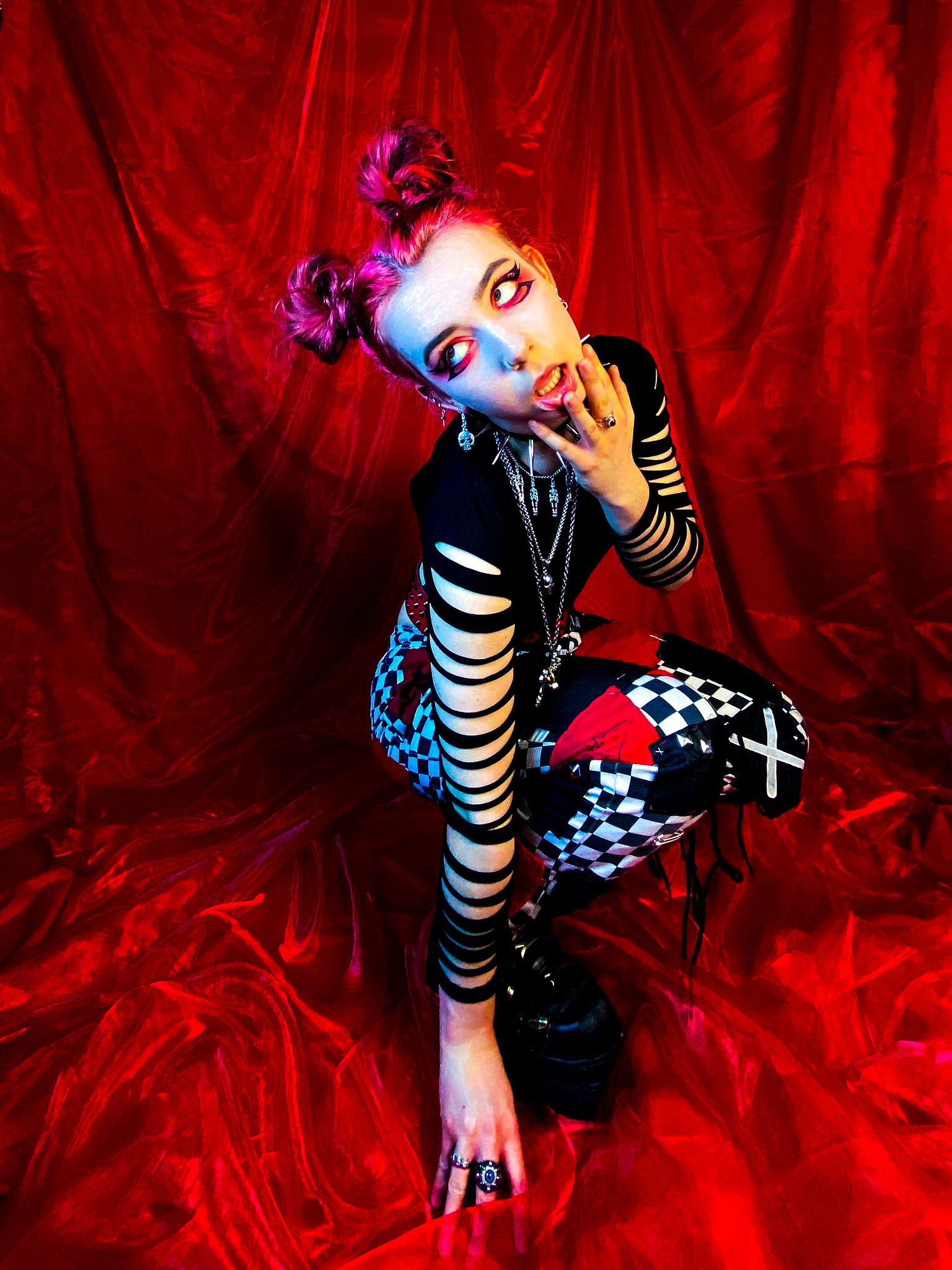