Cavalera Conspiracy was created following a decade long silence between Max and Iggor, the two brothers who formed the legendarily trailblazing heavy metal band Sepultura as teenagers together in 1984. Across six studio albums the Brazilian punishers perfected the art of darkness (look no further than thrash classics like Beneath the Remains and Arise) while exploring the underbelly of third world political issues and broadening the genre's horizons with an exploration of indigenous culture, culminating with the landmark Roots album in 1996.

Max left the band acrimoniously in December of that year and quickly formed Soulfly whose seven albums have garnered worldwide success and acclaim. His brother stayed in Sepultura for a few more albums before splitting himself in January, 2006. A few months later the phone rang. It was Iggor calling Max to set aside the bullshit that had pursued them both in the press during the ten year period since they had last spoken.

Less than two years later the metal world was turned upside by the debut album from Cavalera Conspiracy.

A bold testament to the talent and power these two possess together, Cavalera Conspiracy’s debut album saw the brothers joined by Rizzo and Gojira's Joe Duplantier on bass, whose schedule kept him from touring. With Chow now his full-time replacement and producer (and former Soulfly guitarist) Logan Mader at the helm Blunt Force Trauma somehow ups the ante from the already beyond impressive Inflikted. "Logan is really great to record with. He's done some really amazing records with Devildriver and Gojira." Drums were recorded at a studio in Los Angeles called The Lair ("huge doors, accents on the walls; it looked like an old castle") with the rest of the work happening at Mader's Hollywood studio.

With some of the darkest thrash riffery since Sepultura's early bombast on Morbid Visions and Schizophrenia combined with the punk attitude that has always been present (emblematic in the way the brothers have always embraced everything from Black Flag to Agnostic Front, whose singer Roger Miret guests on "Lynch Mob") there's no denying the power and majesty of Cavalera Conspiracy and the magic that inevitably happens when Max and Iggor get together.

"I write riffs all of the time and when I'm writing I don't know if they're going to be for Soulfly or for Cavalera, to tell you the truth. I just write them and put them on a CD," Max says. "But later I listen to the demos and I pick which song is going to go with each because I know by the way of the riff and the rhythm which ones will be better for Iggor to play. I know when I'm listening to which ones will go with Soulfly and which ones will go with Iggor."

At a 2010 festival in Brazil Max was able to hang with Iggor's family, meeting some of his kids for the first time. "I visited his hotel room with his whole family there and saw everybody," he says. "I spend as much time with him as I can. Sometimes on that last tour we'd just go on the back of the bus and just hang out for a couple hours and just talk about our past, our present and our future, you know? It's just really great having him back. And it's really cool that we hear from other people in bands. People tell us they are happy to see me and Iggor back together. That makes me very happy, too.

Max Cavalera is very forthright about the fact that Cavalera Conspiracy is a metal band. "Cavalera is super metal, it's supposed to be metal, it's not supposed to have anything else but metal and hardcore in it. The new album is even heavier and more aggressive than the first one." While that's all of course true and metal is known to be a very aggressive and sometimes negative genre, there's an overwhelming positivity surrounding the Cavalera story.

"I wanted Cavalera Conspiracy to continue because that's my way of seeing Iggor and playing with Iggor and to continue my music legacy with him," Max says. "It's a perfect time for us. We've been getting along great - really, really awesome. That festival in Brazil for like 100,000 people was one of the best shows I've done in my entire career. It's just killer to play with Iggor again. I really, really enjoy playing with him."

Max Cavalera will be a guest on the @fullmetaljackie radio show this weekend! Find a station airing the show: https://t.co/XMdyduiQru 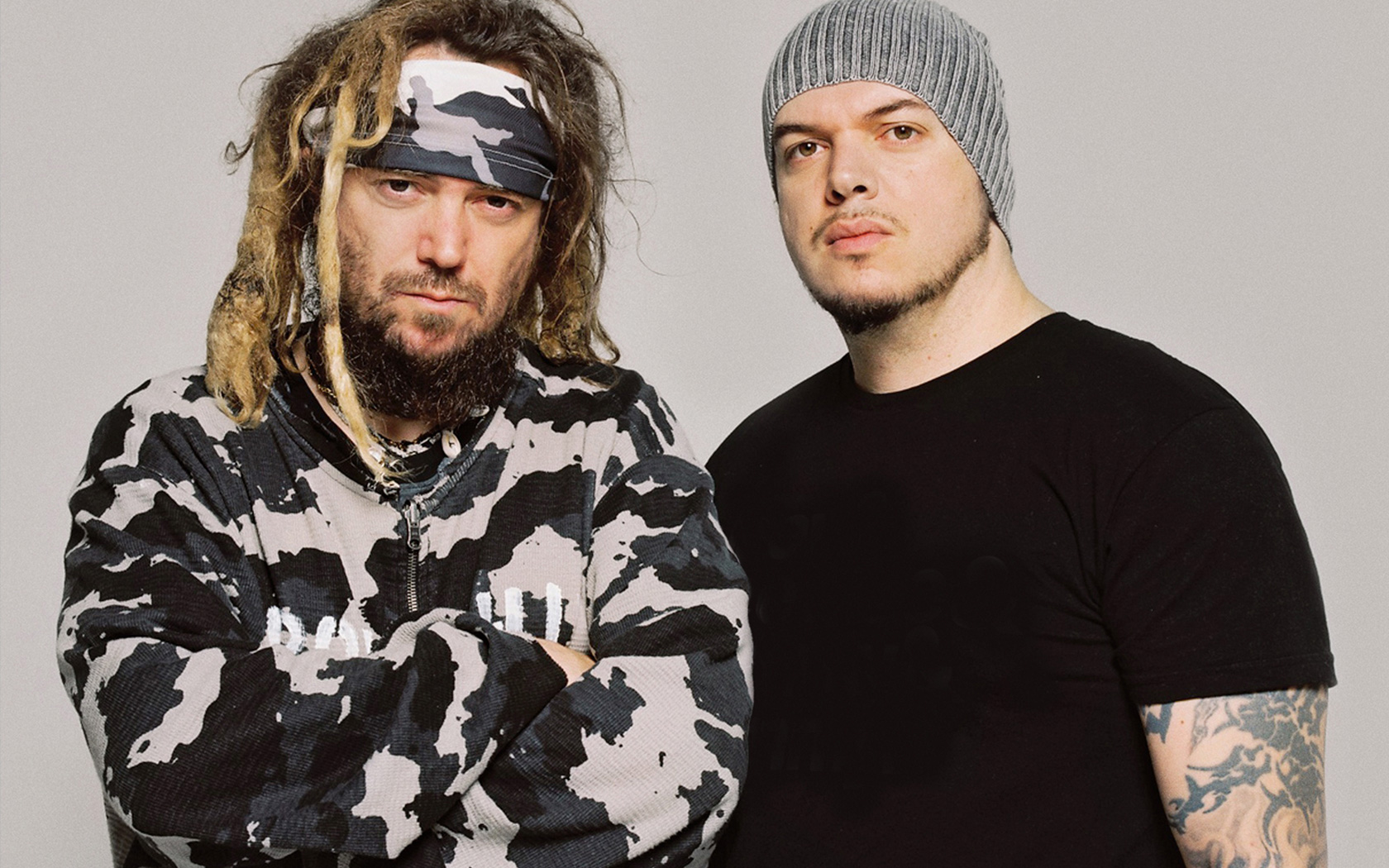