Most often, albums are about what has happened, not what hasn't. Yet while the songs on 'There Is Only You', the third album from UK based trio The Xcerts, are very much rooted in personal his-tory and experience, they also double up as a premonition, a reaction to something that hadn't happened at the time the songs were written.

"The record, explains vocalist/guitarist Murray Macleod, "is about everything I've experienced in my life so far, basically this road that had taken me to this one person and everything that had beaten me up along the way. So the songs are basically about the past and how I've made some terrible mistakes, in romantic terms anyway, and learned a lot from them, which culminates in the last song on the record, 'There Is Only You'. That's about me getting to this point of finally being comfortable enough to be with one person for the rest of my life. But halfway through recording we took a break and the night I got home was the night she decided she didn't want to be with me anymore. We got back on Friday, and I went back to the studio on the Monday for the next three weeks to finish the album. So it's a weird twist to the tale of this record and I was completely lost in the second half of making the record."

Even though its ten songs had been written by that point, it's nevertheless a record that straddles the gulf between love and loss, the joy of feeling whole and the ache of feeling empty, with pin-point accuracy. That complex contradiction is something the trio - completed by bassist Jordan Smith and drummer Thomas Heron - infused their first two records, 2009's 'In The Cold Wind We Smile' and hurt following year's 'Scatterbrain', with in abundance, but here it feels more poignant, more fragile, more urgent than ever before, both for the listener and, due to his personal circum-stances, Macleod himself.

"It's heightened the intensity of this idea of there being one person in my life who I love and want to be with. This isn't a break-up record but in a way it does sound like it. We wanted it to sound like a romantic rock record, even though it's a sad romance, the romance you can have with nostalgia. It sounds nostalgic even though it wasn't written about a situation that I should have been nostalgic about. I was writing about what was about to happen. It's an odd thing that has happened and I probably shouldn't look too much into it."

But there's much more to 'There Is Only You' than just that heartbroken twist. It's a record that marks the next step in the career of a band which originally started in 2001, when Macleod and Smith were just 13, and who, since Heron joined in 2006, have been been crafting a discerning discography designed to last much longer than they will. Combining the wistful nostalgia of that first record with the abrasive raw emotion of their second, 'There Is Only You' is an album of powerful, poignant intent. The band started writing it while still touring 'Scatterbrain', but it was soon after that that the idea for the record started to form.

"At the very end of touring Scatterbrain," explains Macleod, "I had to take three months out be-cause I perforated my eardrum. I was deaf with incredibly loud tinnitus for about two and a half months. It was terrifying. But in that time I started studying classic rock records, or what's deemed as classic. So I was looking at 'Damn The Torpedoes' by Tom Petty, 'Born To Run', and 'Tim' by The Replacements, and it just so happened that all those were their third records, which tied in with us feeling like we needed to make this life-changing record for ourselves. To me, the Tom Pet-ty influence is pretty obvious on a few of the tracks, in terms of songwriting. He says so much by saying so little, and I wanted to try to do that, and really showcase our songwriting talents more than anything else. We love pop music, so we all really wanted to make this big pop record that actually put heart and emotion back into pop music because we think it's lacking severely."

They certainly succeeded. From the tentative, fragile instrumental intro that prefaces the dramatic, urgent surge of first song proper 'Live Like This' - a track confronting Macleod's then-recent experi-ences with anxiety - through to the now-tormented finale of the title track, 'There Is Only You' - rec-orded with Dave Eringa and Paul Steel - is an album that's earnest and accomplished, young and old, enthusiastic and tired, jaded and sad but also full of the love and happiness that was flowing through Macleod's blood when he first wrote the songs. 'I Don't Care' soars with defiant optimism in the face of impending tragedy, 'Shaking In The Water' is a semi-discordant pop song that fizzes and fuzzes with desperate pleas for some kind of salvation, 'Pop Song' spits and snarls in a battle between what was and what no longer is, while 'Teenage Lust' revisits the scenes that formed the basis of 'In The Cold Wind We Smile', albeit with extra hindsight and, as a result, an extra kick to the music. 'Kids On Drugs' is a similarly imposing tune, yet, as with all these songs, its heavy bursts of noise and catharsis are tempered by a chorus as catchy as the band have ever written. And then there's the unintentional lament of that final title track, a tragic, slow-burning, piano-laced elegy which ruptures into an overwhelming outpouring of physical and emotional anguish and joy, all existing simultaneously as Macleod repeatedly shouts out the title for the whole world to hear.

"That last song should have been triumphant," says Macleod. "It should have been 'The Breakfast Club' fist in the air. That's what it was meant to be, and now there's a real sadness to it for me. But because I think she's such a tremendous person, I'm happy enough to scream out 'There is only you', because I still believe it. If my lasting memory of her is me on a stage, singing that, I think that's a pretty beautiful way to remember someone."

While that song, and the album as a whole, was born out of an incredibly personal situation, it's reach extends far beyond its origins. In fact, it's a phrase taken from Ernest Hemingway, which Macleod then applied to his own art and life, given new life and meaning, which is exactly what he hopes people will do with this record when they hear it.

"The line 'There Is Only You' is from 'The Old Man and the Sea'," Macleod explains. "It really struck me in terms of what I was writing about and experiencing at the time, that feeling of worry at the idea I might actually be happy, content and in love. 'There Is Only You', to me, means this one in-dividual who I care for so greatly and is my world, and on the other hand 'There Is Only You' means there is only 'I'. I'm the only one that can rectify my mistakes and learn to love and to be loved. We want 'There Is Only You' to be universal, for others to find meaning in it. Whether it be about love, religion, parents, yourself, your pet, friends, 'There Is Only You' is about one thing or entity that you are able to put everything into, your love, trust, faith, belief, heart and soul. 'There Is Only You' is your everything." He laughs. "There might be something in that. Who knows!?" 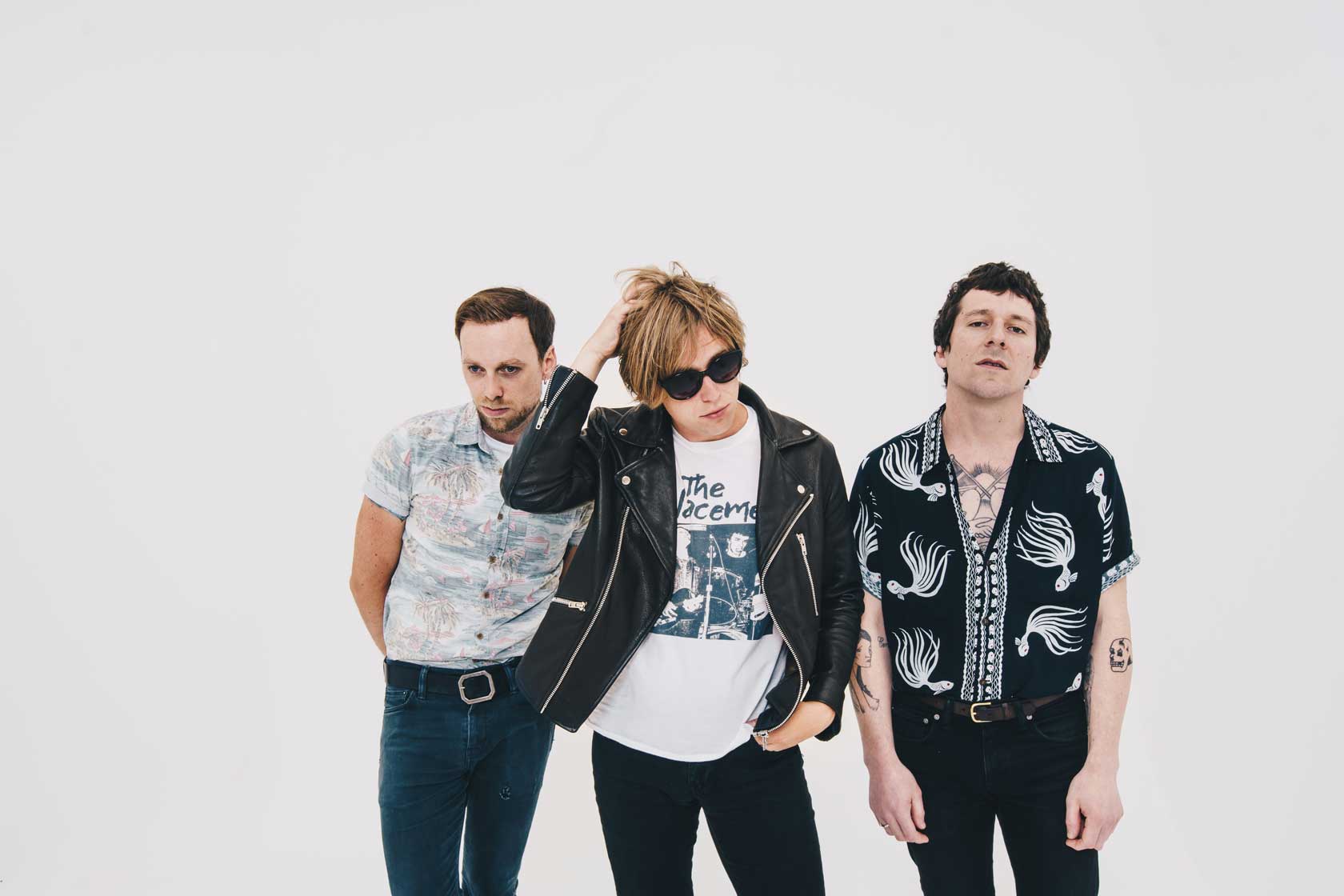