Field Day 2019 takes place in a groundbreaking new festival venue, The Drumsheds, with state-of-the art production and the loudest festival sound system in the capital. Open until 3am, our new home features 10 acres of outdoor space and four gigantic interlinking warehouses. It’s just next to Ikea and a few mins walk from the new Meridian Water train station, which’ll be open in time for the festival and connects direct to Tottenham Hale, Liverpool Street and Stratford. 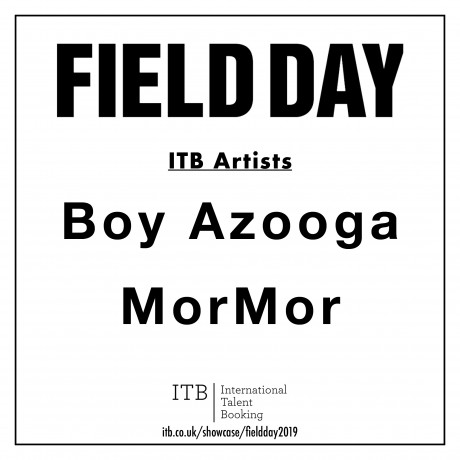 @SimonParton Album two is very much on its way, am just very slooow! Thank you for this, it means a lot! X 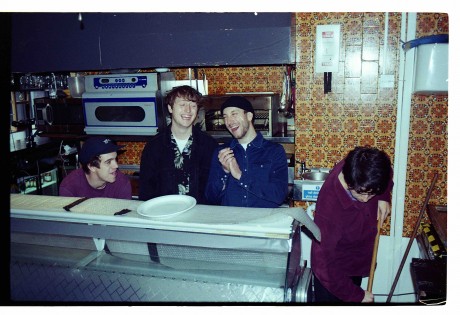 MorMor, the moniker of rising singer / producer / multi-instrumentalist Seth Nyquist, crafts ambitious and genre-bending pop songs that declare the arrival of a new talent with a singular vision. Inspired by his African and Caribbean heritage, MorMor infuses his music with a tapestry of influences, mirroring the diversity of his hometown of Toronto.

“I’d be listening to something in the house, and then with my friends something different,” he explains of his eclectic tastes and deep musical knowledge. “I was always aware and I got to hear all these sounds.”

Hardly a passive listener, MorMor indulged his creative instincts early on in life, often adding his own voice, words, and ideas to what he heard from others. “I never really liked reciting someone else’s lyrics or melodies,” he says, explaining his early drive to create. Unsurprisingly, he gravitated to the piano in his childhood home and explored both its potential and his own, distinguishing the wrong notes from the ones that fascinated his young ears. The formal side of musical education didn’t appeal so much as forging a more intimate and open-minded relationship with songcraft, culminating in the Heaven’s Only Wishful EP.

Where earlier generations of musician would have strapped on an acoustic guitar or improvised in front of a mic, he exercises a certain amount of restraint in his output. “I’ll hear a chord that inspires a whole song,” he says, noting he only “strikes when something propels me to create.” This temperate approach is perhaps best exemplified by the EP’s euphoric, synth-driven title cut, where MorMor’s expressive, fortified voice puts you not just in the moment but in the room, as if he were singing only to you. That mood carries over into another EP highlight, “Waiting On The Warmth,” which balances pensiveness and R&B propulsion from gripping verse to memorable chorus. The spellbinding “Lost” takes that up a notch to reveal MorMor’s latent pop appeal, while “Whatever Comes To Mind” floats with soothing soul spurred by gently strummed guitar and soaring vocals.

Personal often to the point of existential, MorMor’s music captures what it feels like to be alone in crowds, to somehow operate as an improbable outsider in a city you’ve lived in your entire life. Though deeply aware and very much connected with his city’s diverse musical scene, MorMor diverges from the perceived “Toronto sound” that has become convenient

nomenclature. While grateful for those big marquee names that have made their songs internationally known, his singular style places him in good company with, and in the good graces of, rising Toronto stars BadBadNotGood, Daniel Caesar, and Charlotte Day Wilson.

It’s that homegrown familiarity with these streets and neighborhoods that sets him apart and, frees him somewhat from the trends and industry pressures, unlike those who move to Toronto for their so-called big break. Never one to hop bandwagons, MorMor looks inwards to his multi- faceted inspirations, rather than mimicking trends that may come and go. MorMor’s music deftly touches so many genres and emotions, in a uniquely accessible and intelligent way that all but guarantees his promising career ahead. At the rate he’s going, we may not have to wait very long to see that potential fulfilled. 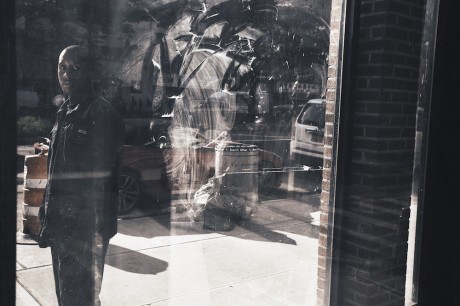