Buy a house, find a partner, marry, have kids and settle down. “Society makes you think you must always have more,” Tigress vocalist and songwriter Katy Jackson notes with a metaphorical middle finger held high. “This is why people are unhealthy right now. Whatever you’re doing isn’t good enough.”

It’s this palpable frustration that underpins the Essex five-piece’s debut album ‘Pura Vida’, one that arrives over a decade since Tigress’ members first began making music together. Now approaching her mid-30s, Katy isn’t shying away from age. “People get older,” she affirms. “Your body changes. Your face changes. Your mind changes. The big theme running throughout the album is just that: This is it. This is me.”

On ‘Generation’, the album’s opening track, she cements this empowering mantra. “Useless at 33,” she discloses in the first minute, “are you not sick of me?”. In a world that values one-click filters over reality, and that celebrates youth and beauty above much else, Katy’s words set the tone for eleven tracks that simultaneously highlight and deconstruct the destructive impact of societal expectation. From the falsity of social media to external pressures on women’s bodies, ‘Pura Vida’ delivers an unfiltered view of modern adult life.

“The album is about confronting everything you don’t like about yourself, turning it into something you love, and leading a pure life from there,” Katy explains, crediting its title to her trip to Costa Rica. Splitting her time between an isolated beach hut and the Central American jungle, it allowed her to truly disconnect. “That trip changed me,” she recalls. “It made me realise how I was so self-absorbed. It made me think I wanted to live a purer life.”

With that, ‘Pura Vida’ is a product of experience. Not just an eye-opening trip abroad, but a collection of observations that younger artists could not land on. In taking their time to release their first record and by retaining full ownership over its song-writing, Tigress present a notable maturity; a word Katy is no longer afraid to use.

It shows in their sound. Forgoing a need to imitate contemporary success stories, the band have looked back to the previous century for inspiration. Citing 2018’s ‘Hangman’ as the catalyst for discovering the definitive Tigress sound, ‘Pura Vida’ injects a healthy dose of downtrodden grunge into their driving pop-rock. In their search for purity, the sound isn’t over-polished or over-produced, often recorded fully live by producer Adrian Bushby at Black Bay Studio on Scotland’s Isle of Lewis.

The record’s painfully melancholic ‘Starting Tomorrow’ – an unapologetic account of accepting defeat – marks such a spontaneous addition. Initially intended as a secret track or a standalone release, it was eventually captured in a single take when guitarist Sean Bishop started an impromptu performance and Adrian hit record. It’s testament to the album’s raw and real nature.

These moments are littered throughout ‘Pura Vida’. Katy points to ‘Feel It’ for its broken guitars, and the closing moments of ‘What The Hell (I Feel So Unwell)’ – a dissection of her struggles with anxiety. “Why are we pretending that music isn’t noisy, doesn’t have clicks, doesn’t have squeaky chairs?” she asks. “Are we so far gone that we have to pretend that things are not what they are?”

This nod to reality consistently rears its head. ‘Disconnect’ addresses the gap between the digital and the real world. ‘Hungry’ looks to accept the reality of aging and remove the separation between what women are shown online and their true bodies. Lead single ‘Choke’ – in a whirlwind of bass-heavy riot grrrl-esque rock – laments the unstoppable onslaught of digital information.

“It’s about having negative and wrong information shoved down your throat all the time,” Katy states. “I felt like I was a cog in a very big machine. Everything has been decided for you. You’re being told what to do. You’re literally drowning in all of this information.”

Completed by guitarist Tom Harrison, bassist Jack Divey and drummer Josh Coombes, Tigress are determined to drag the world kicking and screaming back into the now. “Guitar strings squeak. Who gives a shit?” Katy challenges. “Humans get older. Why do we give a shit? Why can’t we just be transparent?”

RT @NH_Photo33: Got introduced to @TIGRESSofficial on June 12th and on June 21st I got the opportunity to be in the photo pit to cover thei… 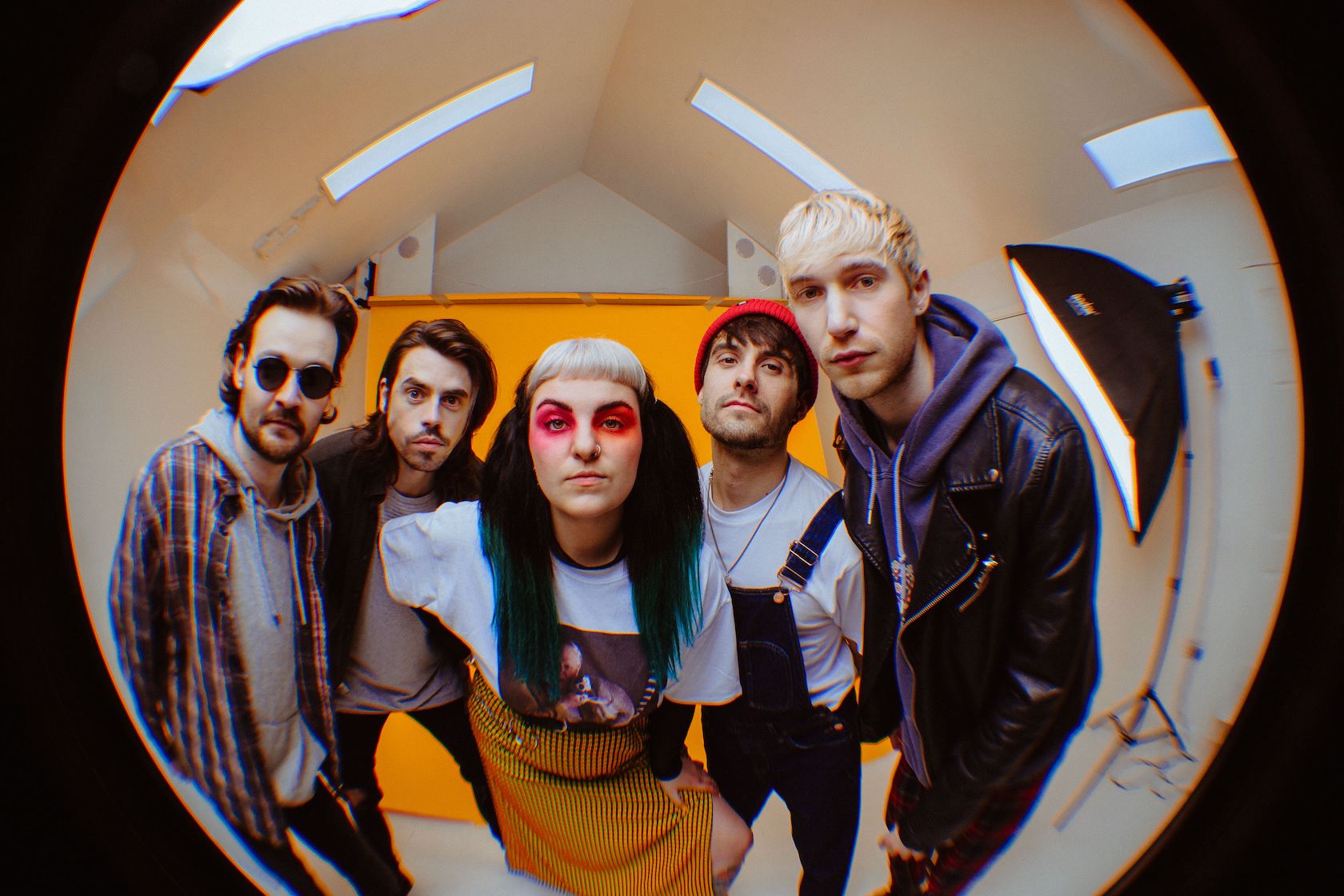