“At a show in Sacramento, in the space of five minutes, three people came up to me with life-changing stories. They told me how my music had helped them to deal with the loss of people close to them…”

The White Buffalo is Jake Smith – singer, songwriter, guitarist, teller of stories, Emmy nominee; an artist whose voice – a timber-shakin’ baritone of gravitas and gravel – seems directly linked to a greater truth; an artist who will not be swayed by fashion or curtailed by genre.

And now, on April 17th 2020, The White Buffalo releases new studio album, ‘On The Widow’s Walk’ – a loosely linked collection of dark thrills produced by Shooter Jennings, who also provides piano and keys. With an eclectic history and catalogue to his illustrious name, Shooter doesn’t believe in sticking to the rules. He works with a diverse selection of artists, from Marilyn Manson to Tanya Tucker, and his collaboration with The White Buffalo has produced a special, signature release.

Of the six studio albums and three EPs thus far released under The White Buffalo banner, this latest 11-track outing is the most collaborative and organic, the most sonically round. It’s also the first for Snakefarm Records, a young label within the Universal Music Group focusing on music that’s roots-driven and real.

Born in Eugene, Oregon, but raised in Huntington Beach, California, Jake Smith is master of his own domain. Like so many creative spirits, he is often drawn to the shadowy side of the street, unveiling scenarios – effectively mini-movies – that sometimes have their roots in reality, sometimes not, but either way are delivered with unswerving conviction.

“I am able to put myself into the situation of the character, even though that character may not represent my point of view,” he reflects. “I try to take it to a human level and keep it as honest as I can.”

It was country that grabbed him first, his parents’ music of choice, then punk that sound-tracked his high-school days – an early indication that for Jake Smith, later to adopt The White Buffalo motif (“It sounds mythical and weighty, bigger than a single person”), it was always about the emotional connection.

“I’m drawn to stuff that’s honest and real,” he explains. “When I got a guitar, I started to listen to artists such as John Prine, Bob Dylan, Leonard Cohen and Townes Van Zant, and this opened my eyes and my mind to just how vast and how heartfelt song-writing can be.”

As for his voice, this gift from a higher power came as a genuine surprise.

“We weren’t a church-going family, I was never in a choir when I was young, so it wasn’t until I started playing and creating these stories that were primitive and dark that I got a sense of it. In all honestly, though, I had no idea I could sing at all! I remember writing a song and singing it to my mom when I was 18 or 19, and she was as shocked as I was!”

The fact that Jake isn’t meticulously versed in theory has been to his advantage, allowing him to pursue a path where timings can be weird, extra bars of music added and stylistic divisions blurred, all of which makes his music delightfully, unrepentantly hard to define. Yes, it’s stripped and it’s spiritual; yes, it draws from rock, soul, folk, blues, Americana and more; and yes, it has a darker pulse and a first-take feel; but ultimately, across a catalogue including significant placements in film, games and TV (including the hugely influential ‘Sons Of Anarchy’), plus over 200 million streams to date, it always sounds precisely like him. Like Jake Smith.

“For me, that’s the ultimate goal,” he confirms, “to be something original. I like the fact that I can be a little Tom Waits-ier, that I can stand on the outside. If I learn a new finger-pickin’ style, it might send me off down a whole new path, which is actually what happened on ‘The Rapture’ (the most sinister track on the new album), but essentially, I have an island mentality. I just do what I do, and it all comes from the one place.”

Jake’s vision is indeed a focused one; he carefully crafts the lyrics (“Well, they’re half the song!”), considers how one composition will lean against another, and generally seeks reaction. For the past four albums, he’s been assisted in this noble quest by producers Bruce Witkin and Ryan Dorn, but this time around, a day-drinking session with Shooter Jennings took him down a different path.

“It was the first time I’d spoken with Shooter, and we ended up talking for hours, not particularly about music. However, right before our meeting, I woke up with a song stuck in my head, which I recorded onto my phone, just a melody and a couple of lyrics. I brought it along and within 20 minutes we’d worked out the entire arrangement! Then I showed him some other stuff, tiny bones of ideas, and he was extremely encouraging. I went from feeling lost and empty, thinking I had nothing ready for a new album, to being really inspired.”

So inspired, in fact, that in the next two weeks he wrote the majority of the tracks for ‘On The Widow’s Walk’, also fleshing out the composition he’d swiftly arranged with Shooter, now officially on board to produce; this number grew into ‘I Don’t Know A Thing About Love’, the magnificent denouement of the new album.

Says Shooter: “I met Jake through a suggestion by a mutual friend. We had been circling each other on the road and almost connected a few times. When I met him finally I instantly loved the dude. He seemed like somebody I’d known my whole life. We bonded straight away and started working on music together.”

In the studio, things happened at pace; Shooter set up his keys in the same room as Jake’s rhythm section (drummer Matt Lynott and bassist Christopher Hoffee, also responsible for a lot of the guitar parts), and within a week, this core team had tracked the bulk of the music, trying for whole takes and the un-fussed-with feel of musicians having fun.

“I was floored by Jake’s voice and his lyricism,” recalls Shooter. “It was intimidating. But we had a really good time igniting our inspirations together. Then after about six months of working and hanging out, we realised we had the same birthday. What a weird world. Jake is one of the best out there. I’m honoured that I got the chance to make this record come to life with him and his band. They let me into the fold and we made some fine music together. Long live the Jelly Crew!”

At one point, the idea of a concept album was discussed, but Jake didn’t want to leave out quality songs just because they might not fit a certain narrative; as a result, ‘On The Widow’s Walk’ has water and the ocean as underlying rather than dominant themes, a sense of longing too, something reflected in songs such as ‘Sycamore’ (“The sea it has its song that it’s singing / It’s a sad and lonely tune in the blue”), ‘The River Of Love And Loss’ and the title track itself; it’s there in the front cover artwork, too – a head-on portrait of Jake by UK artist Jack Browning.

“This time, you get both sides, not just my good side,” he laughs.

Other subjects tackled include living for the moment (‘Problem Solution’ / ‘No History’, the latter complete with superb melodic guitar lines from Hoffee), the insidious march of technology (‘Cursive’, Jake’s favourite overall), the brute force of mother nature (‘Faster Than Fire’), plus what carnage ensues when Mr. Hyde gets the upper hand (‘The Rapture’). Occasionally, violin and pedal steel are subtlety introduced, and the overall feel is of all parts supporting a wider view under the album’s intriguing title, first mentioned by Matt Lynott.

“We were driving through an East Coast seaport town and I asked what the little balconies were on top of the buildings,” recollects Jake. “Matt explained that the wives of the sailors would pace around on the roof-tops longing for their husbands to come home safely. There’s so much romance in that, the Widow’s Walk, plus of course the possibility of disturbing and dramatic things taking place.

“I guess what I’ve tried to do with this new album is to represent a broad range of emotions. There’s dark moments here, more uplifting moments, questioning moments, it’s not just one thing. Also, I like to put some confusion into my songs, which is a very human element, I think.”

‘On The Widow’s Walk’ is a bold and compelling statement from a unique talent; an artist whose instinct for working between the musical lines has seen his star very much on the rise, playing to a million followers worldwide and securing a Top 10 spot in the TV / Film Syncs Chart for 2019, with ‘The Woods’ (featured in TV show ‘The Punisher’) also figuring in the Top 10.

With uncontrived, hand-crafted music now receiving increased levels of attention, music straight from source, the timing is perfect for this powerful, provoking new album and a fresh turn of the page.

On The Widow’s Walk Deluxe is here. Thank you Shooter Jennings for the assist on these acoustic ditties. We’re hea… https://t.co/8qZ3B5muOq 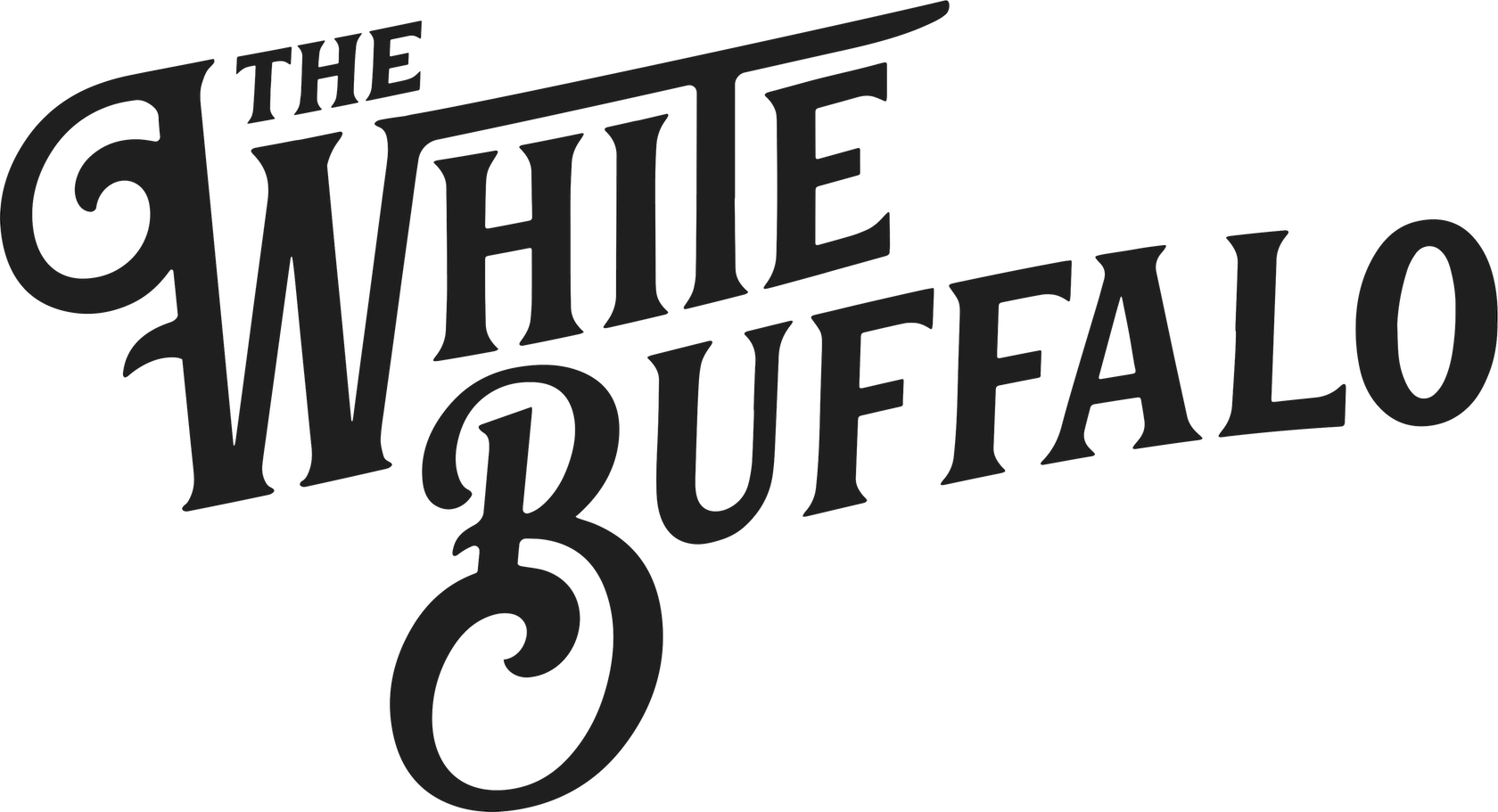