Nicole Slack Jones is a talented songstress with a voice that is unmatched and is taking the music world by storm. NSJ is one that is blessed with style, grace, elegance and a singing voice that leaves audiences captivated. In her journey she is making a global impact, gaining legions of fans without respect to boundaries.

Channeling her native New Orleans roots, she says speaking of her approach to music and her upcoming album, “It’s like cooking a good pot of gumbo. You gotta add the right flavor.” Continuing she says, “If you do it too quick and don’t let it simmer you may lack that flavor you need. You gotta have the feeling. Some songs come quick and others don’t”. She hopes once people hear her album they will embrace her recipe and be inspired by her music and creativity.

Her story began in New Orleans, the birthplace of Jazz and home to Gospel Great Mahalia Jackson and Jazz innovator and humanitarian Louis Armstrong. Nicole grew up in a musical family and a city that has an amazing musical heritage that nurtured her young soul, planting the seeds for future greatness. “My father was a saxophonist and my mother a church choir director, and all around my city there were people who had musical talent. I felt deep down in my soul as a little girl growing up in the Lower 9th Ward that I’d discovered my passion and purpose in life and that I would use my voice to inspire and bring people together”, says Slack Jones. Who has traveled all over the globe sharing her gift of song; retains an aura and personality that is unmistakably New Orleans.

Her gift for singing was evident from an early age. Nicole’s passion for writing songs began with her listening to gospel music at home and church. But as she grew her musical palate expanded as she began listening to secular music outside the home when she would go out with friends or at school. These times led to a seminal moment in her life. This is when a young Nicole first heard the late great Whitney Houston singing her rendition of «The Greatest Love of All» saying it forever changed her life. Nicole felt as if the song was leading her in the direction that she is now in today. Taking the opening line from the song as inspiration. “I believe that children are our future teach them well and let them lead the way”. This moment led her to inquire, saying to her parents, “Daddy, Mamma why can’t I sing other songs besides Gospel“. Later as she began to sing other styles of music, she believes they are all shaped by her roots that are firmly planted in Gospel. “I love God and I love Gospel. I just wanted to be free to use my voice in many ways and not be placed inside a box”. Eventually, her parents allowed a young Nicole to follow her dreams. Additionally, her Grandma Hattie saw something in her that would guide her music and mission, lovingly saying, “That with a voice like that you can heal people all over the world. Your voice is the medicine that people need”. Nicole believes deeply in those words spoken by her beloved grandmother, that she is now leading the way to inspire people across the globe. For today, she is following her dreams and living her love and passion for music and soaring to new heights.

Today, Nicole is an international star that’s shared the stage with many of the greats from the world of music and entertainment making a huge impact and counting many of them as fans of her music.

During her duo performance with the late legendary singer Percy Sledge, he sang the lines “You got so much soul Nicole”. A similar sentiment was echoed when she shared the stage with Zucchero, being blown away with NSJ and her extraordinary talent heaping praise saying, “YOU SANG so good !!“ There seems to be endless adulation for this talent songstress, that after her soulful duet in Paris with international soul/pop sensation Aloe Blacc, his words to the audience were, “Remember the name Nicole Slack Jones”. With deep humility she says she is flattered by those who are moved by her talent. Saying she appreciates the encouragement and it is something that is keeping her going as her career continues as her star is on the rise.

But this is only an appetizer for what is to come from a singer that’s been called by some the second coming of Aretha Franklin. Across the Atlantic, she is considered the «spiritual daughter» of the late Queen of Soul. These similarities are on full display in her soul stirring performances. Also it is evident in her early recording «Back to Roots» in 2008, where she performed several of Aretha’s renditions songs (Amazing Grace, Bridge Over Troubled Water) but gave them her own fresh interpretation. As Nicole could become one of the next big thing in the recording industry; this coupled with her being a highly sought out as a live performer. Appearing on stage and performed in 15 countries. Her limitless talent has been on full display at prestigious festivals, theaters, jazz clubs, cathedrals, churches and film festivals across the globe. Including: the New Orleans Jazz Fest, Jazz A Vienne, Jazz A Juan, Lionel Hampton Jazz club, Olympia in Paris, Bataclan in Paris, New Morning, Enghein Jazz Festival, Festival De Hammamet, Roma Gospel Festival, Dima Jazz Festival in Algeria, Parco Della Musica in Rome, Africolor Festival, Festival “Voix d’ici et d’ailleurs” in Guadeloupe, American Church in Paris…

NSJ has performed at several high profile events such as the U.S Embassy in Paris for the official 4th of July celebration accompanied by the US Air Force Band, Cannes Film Festival, Jackson Family Foundation Gala, Chinese theater in Hollywood, ASVOFF (Fashion Film Festival founded by Diane Pernet), Ambassador Daniel Yohannes «Holiday Reception» of the OECD in the presence of the Secretary General of the OECD, Angel Gurria, Ischia Global Music Festival, Capri Hollywood Film Festival that’s placed her among the elites in the entertainment industry and titans in business that’s became enthralled by the music of Nicole Slack Jones.

Nicole’s soulful voice was getting called on often as she continued singing for many prestigious events. Nicole has had the honor of being asked personally by the former Director General Irina Bokova’s and the US former Ambassador to UNESCO David Killion, to sing for her re-election ceremony at the UNESCO headquarters which included a flowerbed of 195 dignitaries, diplomates and high international representatives. Followed by this success Nicole has also had the privilege of being the special musical guest of former Ambassador to UNESCO Crystal Nix-Hines who was elected by the former American President Barack Obama. Miss Slack Jones was also invited to speak from an artist perspective to help launch “The Creative Economic Report” in the office of UNESCO headquarters in Paris and the UNITED NATIONS in New York.

Nicole Slack Jones continues to become a voice that’s been recognized by many heavyweights in the music industry. In 2019 in Rome, Italy; NSJ performed her rendition of Lionel Richie’s classic song «Hello». The music legend was moved to tears by this amazing singer from New Orleans, who have come to gain legions of fans from all walks of life across the globe.

Nicole is grateful for her journey. Along the way she’s received numerous awards: Ischia Global Break Out Artist of The Year Award presented by Kid Creole and the Coconuts. The Capri-Hollywood Music Award presented by Pascal Vicedomini and legendary Italian film director Lina Wertmuller and The Trailblazer Award of New Orleans.

Not stopping there Nicole also explored her acting abilities and was inside the film as a singer and actress in the film «The Fighting Temptations» starring Beyonce Knowles and Cuba Gooding Jr. She also appeared on the Oprah Winfrey Network (OWN) playing herself and inspiring young teens from her Alma Mater John McDonogh High School on the series «Blackboard Wars» where Nicole’s message was to help them to realize their dreams.

NSJ is one that makes great music, but has not forgotten her roots in the church and continues to be involved in efforts to help those in need. iSing For Change, founded with her manager Aurélie Gibaru with the support of Jeanette Coombs Lanot, is to help young girls, and women around the world and specifically several parts of Africa to realize their dreams using their voices to achieve greatness. The foundation’s mission is focused on transforming society through creative arts. Nicole believes that the arts have a huge role to play in our world to open the minds of human beings. She also feels that it also has the potential to create peace and bridges the gaps between communities cultures and countries.

Doing what she does best Nicole has supported and been invited to sing for the «World Peace Night - Adventure of Humanity» directed by Richard Nilsson and supported by the Jackson’s Family Foundation along with the grandson and hier to the legendary President Nelson Mandela.

She was also invited by musical great Herbie Hancock and former Director General Irina Bokova of UNESCO along with the Thelonious Monk Institute for Jazz to sing for The first official International Jazz Day. Nicole also gave master classes introducing her «iSING FOR CHANGE FOUNDATION» which is supported and partnered with UNESCO.

For all her acclaim, this is only the beginning of the journey of an amazing artist; who when it is said and done Nicole Slack Jones name will appear among some of the greats of music who have impacted lives both on and off the stage.

Nicole Slack Jones is more than a singer and songwriter, but one who is ushering in a movement with the return of great singing, relevant lyrics and music that touches the spirit and nurtures the soul. 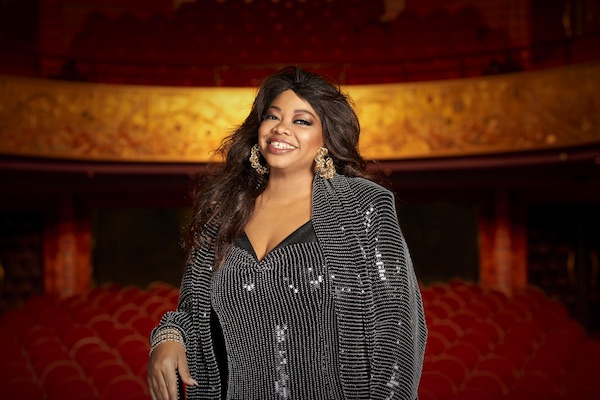