“The places that you did not even know existed are the ones where you will find greatest happiness.”

The three-piece Bologna based band design atmospheric layers of sound with a dark edge, a massive beat, a twitching melancholy and inventiveness that makes them hypnotic in their power and imagination.

The band's last album, PiecesOfUsWereLeftOnTheGround took the band to new heights, evidenced by the album's continued success, with a never-ending tour of over 300 dates across North America, Asia and Europe.

Following a successful TEDx performance in Verona and inspired by their recent vivid travels to the East, JOYCUT played a sold out Venice Biennale show debuting their new six-acts “Opera” K O M O R E B I, a soundtrack tribute to Japan: a combination of their dramatic music with visual art chapters that created a world to get lost in.

Komorebi is the “distinctive effect of sunlight as it filters through the thin gossamer leaves of trees”.

Nature is at the heart of their philosophy. Commitment to environmental issues has led JOYCUT to participate in many sustainability green projects and campaigns.

After the extraordinary and exclusive UK performance at Robert Smith's Meltdown last June, JOYCUT will be honoured to come to Aarhus, bringing all the shades of their dreamscapes of blue tinged beauty to Recession Festival.

JoyCut was personally selected by Robert Smith for his Meltdown Festival last June at Southbank Centre in London, where they brought with them all the shades of blue tinged beauty dreamscapes! 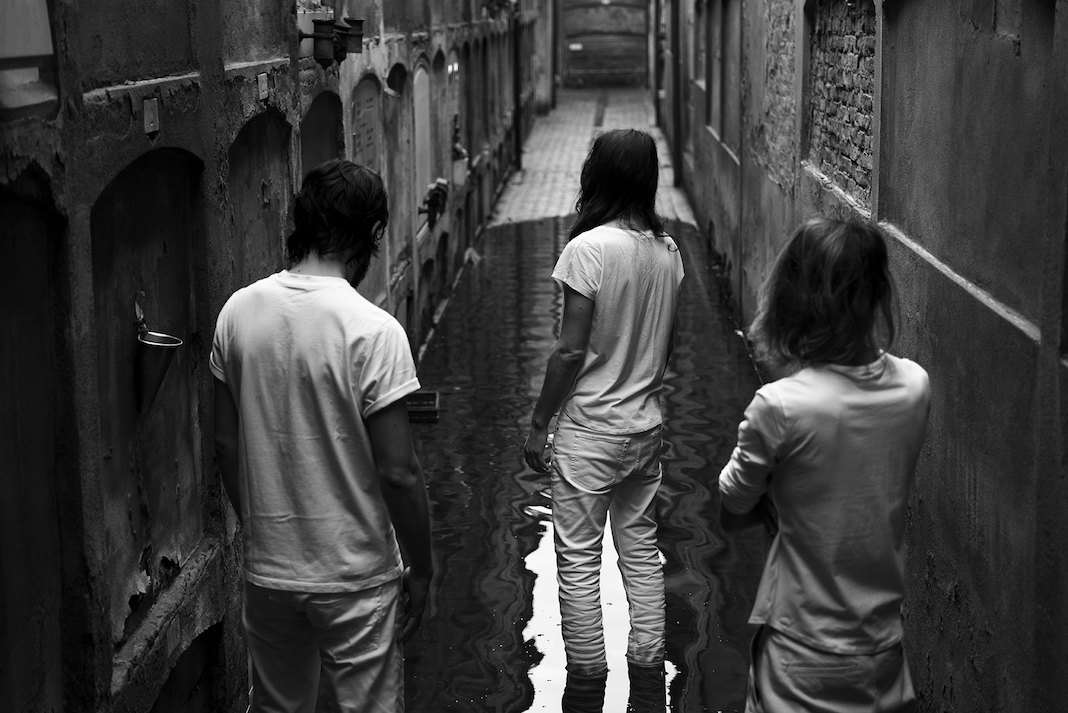