Some thoughts on the wondrous fourth LP by one of Wales’ true singular talents; on his relocation from his homeland to the United States of America; on his successful channelling of one of his adopted home’s great literary talents; on his hometown’s claim to retail fame and how weather affects the musical mood.

In The Pink Of Condition - H. Hawkline’s first record for the irrepressibly brilliant Heavenly Recordings - is a transportational record. Through twelve tracks, it folds the space between a pinched grey seaside town in North Wales and the bleached-out wide-open spaces of the City of Angels. In doing so, it creates a glorious hybrid environment – one where a rundown, rough and tumble branch of Pontins could occupy the space once reserved for the Disney castle and where ‘spooky dogs’ wait for you around corners, their “two eyes set in a lick of fog”.

Shot through with the blues, the reds and the golds, the greens and the wispy white clouds that hang lazy over the rolling Pacific, In The Pink Of Condition truly marks Huw Hawkline’s arrival. His first album proper for Heavenly Recordings, it blossoms with all the charm, beauty, wit and wonder that’s been hinted at over the last few years across the artist’s limited run releases, singles and EPs and adds a brilliantly clear-eyed focus.

A few words of background. Huw Hawkline was born in Cardiff and raised in sunny Prestatyn, a seaside town famous for the aforementioned Pontins holiday camp and the first ever branch of Kwik Save. Formerly co-presenter of S4C’s flagship music-show Bandit (alongside Radio 1’s Huw Stephens), twenty-nine year old Huw recorded three albums in his native country (2010’s A Cup Of Salt, 2011’s The Strange Uses Of Ox Gall and the 2014 collection Salt Gall Box Ghouls) before taking flight for a life in L.A. late in 2013. (Well, you would if you could, wouldn’t you?)

The effect of the relocation on Hawkline’s music is total. Recorded in Seahorse Sound Studios just off Skid Row and produced by long-time cohort, fellow Welsh émigré and musical maven/genius Cate le Bon, In The Pink Of Condition is “strange pop” (words borrowed from Huw): a controlled explosion of lazer-guided guitar melody (think a careering Television set or the Pavement outside the original site of Spillers) and whip smart bi-lingual wordplay. From the scratchy proto-disco ‘Everybody’s On The Line’ to the haunted saloon bar rattle of ‘In Love’ and the demented strut of ‘Moddion’ (Welsh for medicine), it’s a record that clearly feels the benefits of good weather.

That said, Wales is in there too – how could it not be? Viewed in backwards glances across countries, it’s there through weather smudged-windows of ‘Rainy Summer’ (“Head full of crashing waves on dog mouth dunes”) and ‘Concrete Coloured Clothes’ (which paints a picture of a place “where slate grows slow”). If Wales is Hawkline’s brooding foundation stone; California is the optimistic extension constructed atop it.

Although reluctant to cite a shopping list’s worth of influences, Huw nods to two permanent inspirations – the maverick U.S. author Richard Brautigan (the Hawkline name appropriated from Brautigan’s 1974 ‘gothic western’ The Hawkline Monster) and a just-turned-solo Paul McCartney (Huw namechecks Ram, an album coincidentally recorded when the once-and-future Beatle was also twenty-nine). From the former, a wistful ways with words - songs constructed as slices of life, surrealist observations on the everyday. From the latter - what else would one ask for other than a just smidgeon of Macca’s six sense for abundant, tumbling melody?

So, Brautigan, Macca and a union between one wild west coast and another; forks in the road on the journey of one of the most unique musical talents to emerge from Wales – or anywhere - in the last ten years. Worth sticking around to see where he’s heading next. 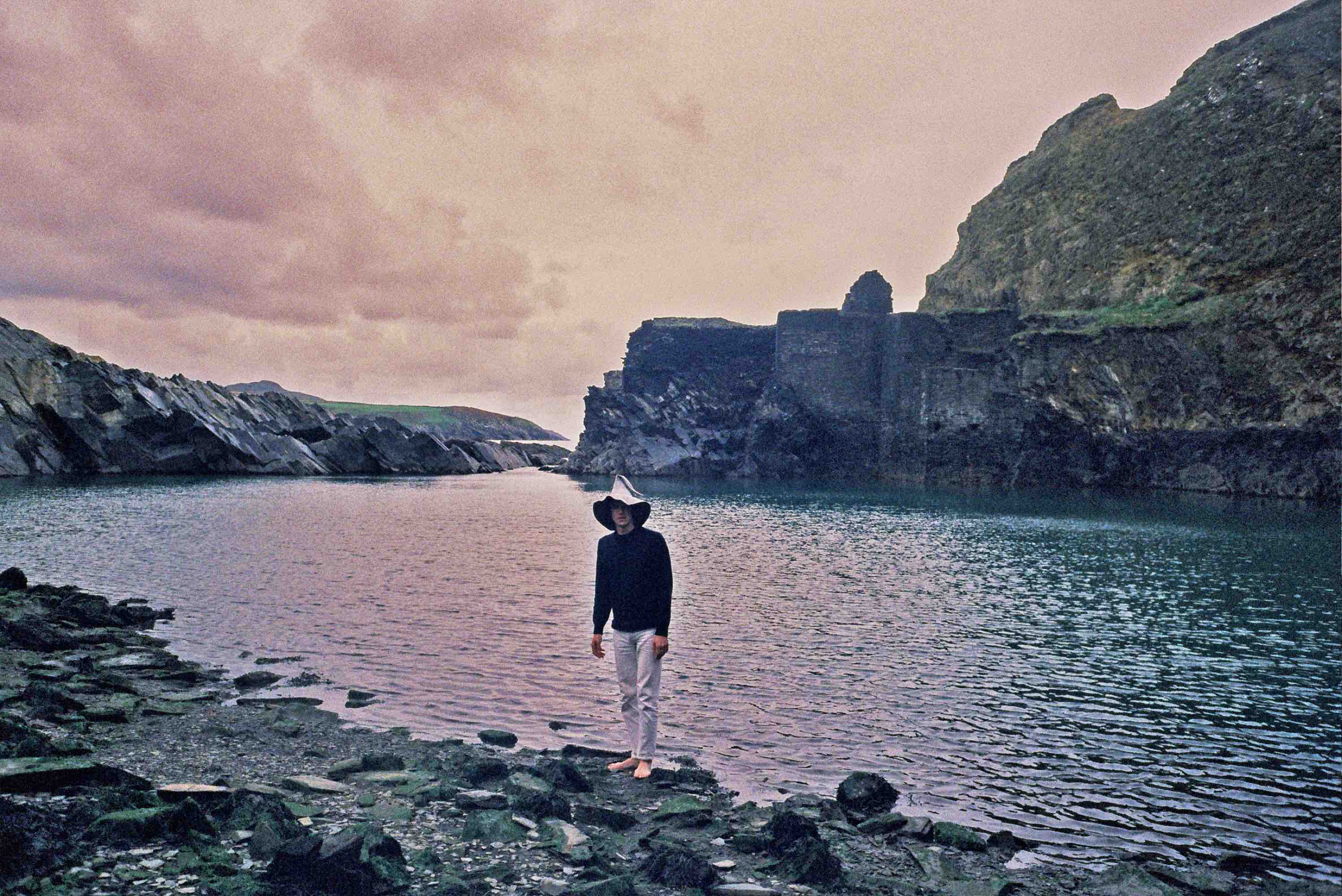