Rock stars come and go, but Idol is forever…

BILLY IDOL remains crucial to rock ‘n’ roll. His style, charm, charisma and bravado transcend trends and time. Where would rock music be without him? Would it look the same? Would it sound the same? Who hasn’t chanted along to “Rebel Yell,” “Mony Mony” or “White Wedding”?

IDOL’s influence is inescapable and still inspiring to this day. In the summer of 2010, BILLY will give fans worldwide the chance to chant along with him when he launches another epic tour. In tow for the tour, he’s got longtime partner and guitar great Steve Stevens, bassist Stephen McGrath, keyboardist, Derek Sherinian as well as Billy Morrison on rhythm guitar and Jeremy Colson behind the kit. The summer jaunt begins with two shows in Russia, and IDOL’s road winds onward with performances at the Malmo Sweden Rock Festival, Download Festival and multiple dates in Germany, Switzerland, Serbia, Czech Republic and more. Plus, he’s got a whole slew of U.S. dates on the horizon following the European trek. Fans everywhere can expect to hear a myriad of classic Idol tunes live and loud.

Part of the infamous Bromley Contingent and a fan of the Sex Pistols, BILLY IDOL was inspired to front the popular British punk band Generation X from 1976 until the band’s break-up in 1981. From there, he decided to try his luck in America. “I definitely took punk with me wherever I’ve gone,” IDOL says. “That was the whole idea really. I wanted to transform my music, but I didn’t want to ever lose sight of that punk rock attitude. Whether we turned to hard rock or disco or whatever the hell else we did over the years, that helped give the music a spirit it would not have had if I hadn’t come out of the punk movement.”

At this point, IDOL hooked up with guitar genius Steve Stevens and a crucial musical partnership was forged. Idol’s first solo album was released by Chrysalis in 1982, but it didn’t hit its chart peak in the UK until 1985 when the self-titled album’s “White Wedding” was a major club hit and hit No.6 in the UK, fueled by heavy video play on MTV. “White Wedding” also crossed over to the Top 5 of the Mainstream US Rock chart, while “Hot In the City” made the Top 50 of the Billboard Hot 100, and Billy Idol was certified gold with U.S. sales totaling more than 500,000 units.

Previously however, Idol really smashed through with singles from his follow-up 1984 double platinum album, Rebel Yell, which included the exhilarating rock title track “Rebel Yell’,” the gorgeous lushly-produced ballad “Eyes Without a Face” and the pulsing slow sleaze-rock of “Flesh For Fantasy.”

1987’s platinum-selling Vital Idol collection presented his hits in brilliantly executed expanded remixes and was the UK’s highest charting album at No. 7, staying in the charts for 34 weeks and including the Top 10 cover version “Mony, Mony.” That following year, Idol released a new album, the platinum Top 10 Whiplash Smile, with its standout singles “To Be A Lover” and “Don’t Need A Gun.” The platinum-certified Charmed Life album followed in 1990 with “Cradle Of Love” and “L.A. Woman.” 1993’s Cyberpunk proved that BILLY’s fans were still going strong in the UK, hitting No. 20. A platinum-selling Greatest Hits collection, released in 2000, re-charged IDOL’s catalog, and 12 years after his last new album release, he returned with Devil’s Playground in 2005 (Sanctuary). The album’s “World Comin’ Down” was included in the new collection’s tracks. 2008’s career-spanning collection The Very Best Of Billy Idol: Idolize Yourself followed. When asked about the title, IDOL says with a laugh, “But everyone should idolize themselves, shouldn’t they?”

The niche that BILLY IDOL has created over these past few decades is impressive. IDOL is respected as the original punk rocker who long ago found a way to take that sneering punk attitude into the pop and rock mainstream, carving out songs that have lasted a lifetime. His immortal “Rebel Yell” was also featured on 2008’s Guitar Hero® World Tour game. In 2009, Eagle Rock Entertainment released IDOL’s first in-concert DVD “In Super Overdrive Live” (filmed at the Congress Theatre in Chicago).

It’ll all hold up on stage better than ever, once BILLY IDOL hits the road again in the summer of 2010. 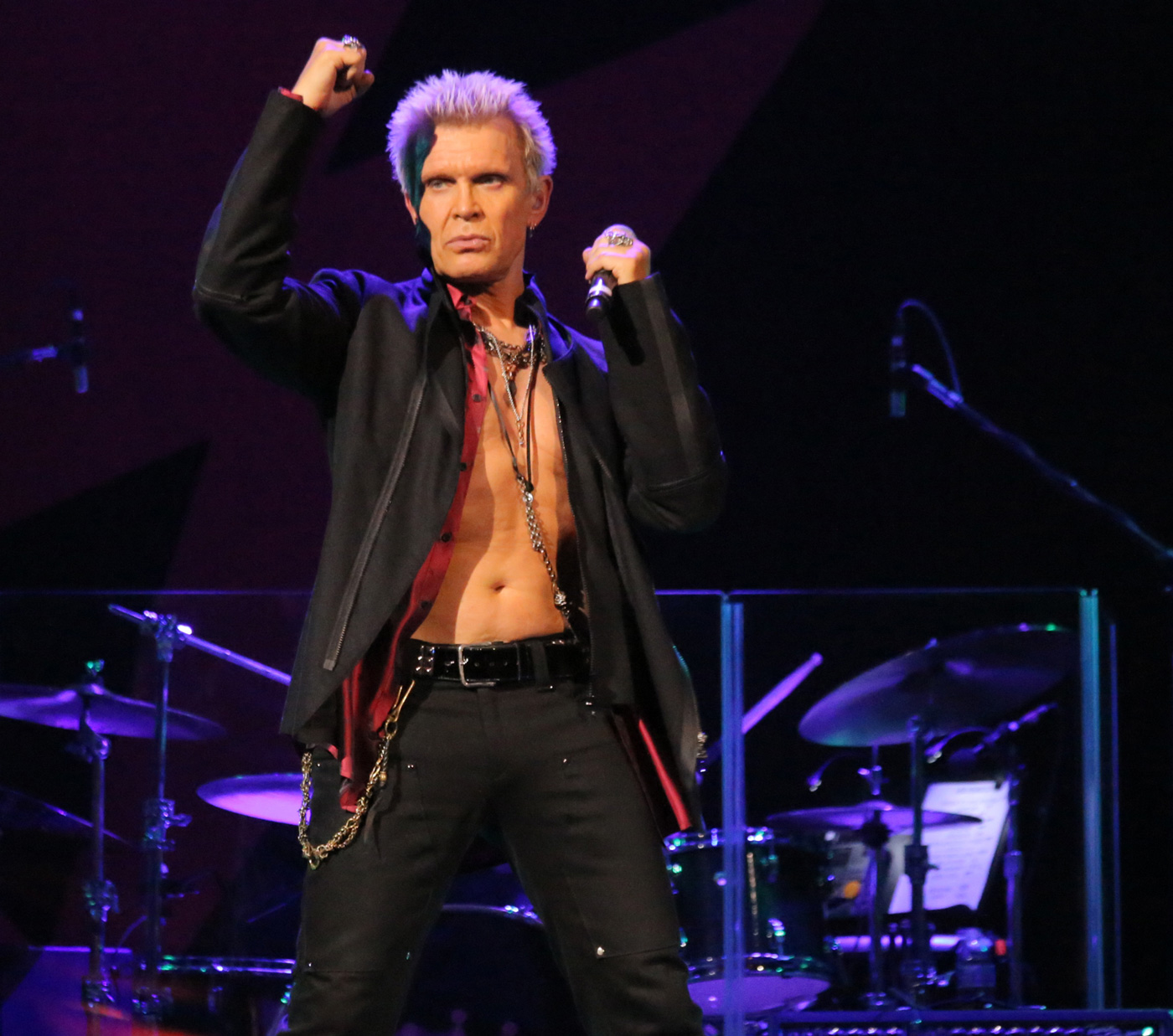