ZZ Top have been together for over 40 years and never once has their line up changed, they are one of the only bands with a career span of this magnitude to be able to lay claim to this distinction and boy does it show. Not only were they inducted into the Rock and Roll Hall of Fame in 2004, they were ranked number 44 on the VH1 ‘100 Greatest Artists of Hard Rock’.

Since the 80s they have had a string of massive hits, spawning some of the best and most instantly recognisable singles within the Hard Rock genre – ‘Gimme All Your Loving’, ‘Sharp Dressed Man’, ‘La Grange’ and ‘Legs’ to name but a few.

The band released their 15th studio album, ‘La Futura’, in September 2012 via American Recordings. The album, produced by Rick Rubin, was the band’s first studio offering in 9 years and was received with mass critical acclaim. 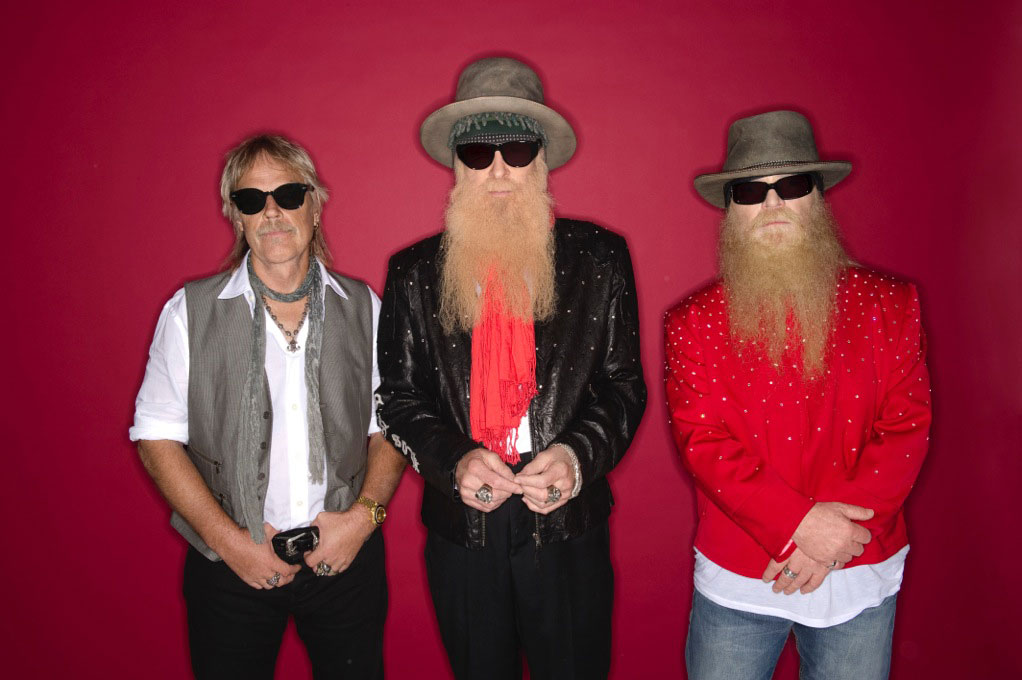