“Long Slow Distance is a training method for long-distance running. I just thought the words described the music that we were trying to make,” says Sivert Høyem about the majestic title track of his striking new album.

“Life is not a sprint, it's a marathon. Long Slow Distance is a good existential metaphor. It really fits the desolate mood, it says something about the themes on the album,” expands the vocalist who hails from Sortland, an area of northern Norway known for its wide open spaces and the long, dark nights of the soul non-Scandinavian reviewers have been alluding to ever since they first heard his distinctive, haunting baritone in the late nineties.

Back then, as the tall, charismatic frontman of the mercurial band Madrugada, Høyem made some of the most compelling music to ever come out of Norway, and was justly compared to Iggy Pop, Nick Cave, Morrissey and Howard Devoto of Buzzcocks and Magazine fame, as much for his command of the stage as for his lyrical ability. On Long Slow Distance, his fourth solo recording, he still sounds like their long lost Scandinavian cousin. There is even a nod to the Magazine composition Permafrost, from the cult British group's second album Secondhand Daylight, on the lead-off single and opening cut Under Administration. “I am a huge fan, Magazine were definitely an inspiration for this album,” admits the singer about the band who have also influenced Radiohead. “We thought Under Administration was a good choice for a first single. It warns my fans that this album is going to be different. If they like that one, they are going to love the rest of it. You can really hear some of those synthesizers in a classic, electro way. It sounds like Kraftwerk at times.”

Indeed, the Krautrock of Can, Faust, Neu! was another foundation stone for Long Slow Distance.“Some of the most interesting music from the seventies was made in Germany. It is such a rich genre. It tells a story about modern, urban life. Some of those German bands really had a take on it, a way of telling their stories through their music,” notes Høyem who enlisted legendary Amon Düül II vocalist Renate Knaup to sing on Animal Child and Red On Maroon, two of the album's defining moments.

This comes as no surprise since the Norwegian artist has always had impeccable musical taste, and can talk at length not just about Krautrock, but about Joni Mitchell, Kate Bush, PJ Harvey, the relative merits of Francophone artists like Jacques Brel, Françoise Hardy and Serge Gainsbourg, or the sonic majesty of Norwegian black metal and of Swans, the New York post-punk band led by Michael Gira. “That primal, stone age drive is very relevant to this album. Animal Child came out of that,” he says of the epic, tour de force track that twists and turns and recoils like a snake. “It's about trying to reclaim some of that animal energy, with some purpose and drive. It's an angry song, but it’s not hateful. And it does have a mellower, lighter note, there is more humanity at the end.”

By contrast, the stark Warm Inside recalls the arresting Majesty, the crossover hit from Grit, Madrugada's third album. “Warm Inside is about reaching out and trying to be friends with someone that you aren't friends with any more,” explains the vocalist. “And it's about a lot of other things as well.”

Lyrically, much of Long Slow Distance is “pretty explicit, straight to the point. If something makes me angry or sad, I have the opportunity to turn it into music. There is a lot of existential angst on the album. I deliberately left the question marks in the lyrics. There are not a lot of answers on the album,” remarks Høyem. “I think those that claim to have the answers are mostly liars anyway. I get frustrated with the times we live in because it's hard to find like a solid place to stand. You have to keep asking questions all the time and all the answers are extremely complicated. I don’t think anybody has the answers now.”

One thing is certain, the singer is not afraid to tackle the big issues, to deal with matters of life and death and the meaning of life, but is aware that he may come across as overearnest. “I mean, I’m fine,” he laughs. “It’s not necessarily that something is horribly wrong in my life but I'm still dealing with loss. When you lose someone that is really close to you, it affects your life in a very basic way. You have to find a way to navigate around that and rebuild your life. That’s what some of the songs are about,” states Høyem who lost Madrugada bandmate and guitarist Robert Burås, as well as his father, within a couple of months in 2007. At times, the ghost of Burås seems to hover above the album, while the vocalist admits the poignant Father's Day proved difficult to record. “It was an extremely emotional day in the studio, yes. At some point, I thought that this was just a little too much, I wasn’t really sure if I wanted to share that. But I have this ambition that my music is going to be very real and about stuff that matters to me. From that point of view, it made sense to release the song.”

Høyem's songwriting has also been enriched by his unusual approach and unexpected frame of reference. “Some of the songs have a really cosmic scope. They are inspired by paintings, by modernist Norwegian poets that I read, like Tor Ulven. Pretty far out places you wouldn’t normally go for inspiration,” expands the singer. “Red On Maroon has all this scary imagery, it keeps moving back and forth in time, it's sort of a nightmare, a very dark vision. Things don't really have to make perfect sense.”

However, what brought Long Slow Distance into sharp focus was its title track. “That was the first thing we recorded,” he remembers. “Once we had that sonic spectrum, noise/rock/pop/metal almost, with a big crooner vocal on top, I thought we were on to something. We knew it was going to be the centrepiece of the album. All we needed to do was make all the little brothers and sisters and cousins,” he says, warming up to his theme. “I have never felt this confident while making an album. A lot of the music nowadays is so thin, it lacks that big, round, bottom end, that stuff like Depeche Mode used to have, warm and dark and beautiful sounding. We wanted to make an album that was going to be dirty and dark, but pleasing to listen to. We had a lot of visual references, we talked about movies, Martin Scorsese, Werner Herzog, in the studio. All the time, we felt we were moving in the right direction and that we were all pulling together. It has been extremely rewarding.”

Central to Høyem's renewed enthusiasm and sense of purpose has been Cato Salsa, who co-wrote three songs and played a myriad instruments on the album, not only contributing his trademark slide guitar parts to Under Administration and the piano-driven Trouble, but also mastering a battery of analogue synthesizers. “Cato is an all-round musical superhero. He reinvented himself as a dark synth Lord. I am really lucky to have him,” enthuses the vocalist who had been looking for a sidekick since the death of Burås. The tragedy effectively ended the band Burås, Høyem and bassist Frode Jacobsen had formed ten years before, even if Madrugada toured one last time after releasing their self-titled sixth album in January 2008. “I didn't plan to become a solo artist, it wasn't my intention at all, but here I am,” reflects the frontman who had issued two albums under his own name, Ladies And Gentlemen Of The Opposition (2004), Exiles (2006) alongside Madrugada's brooding oeuvre.

Working at Harry's Gym Recording Studio, “a really funky little place out on the east end of Oslo” according to Høyem, meant he, Salsa, drummer Børge Fjordheim and producer-engineer Bjarne Stensli, the core team on Long Slow Distance, could involve some of the young Norwegian musicians who have picked up the baton from Madrugada.

“Ådne Meisfjord from 120 days had a jam session, a synthesizer shoot-out with Cato, which formed the basis for the track Emotions. We thought it would be cool to have something a little looser on the album,” he muses. Backing vocalist Anne Lise Frøkedal helped turn the insidious Give It A Whirl into a contemporary equivalent of the Rolling Stones' ominous classic Gimme Shelter. “She is a real singing machine, she has this wonderful, fragile feel to her voice. She sounds ethereal, almost like the wind. On Blown Away, she sings with me towards the end and it's heartbreaking,” says Høyem who topped the Norwegian charts with Lift Me, a Madrugada-Ane Brun duet, in 2005. “I love the way a male voice and a female voice work together. It's a simple romantic twist but it works on a very basic level.”

In hindsight, the singer considers he was still finding his feet on Moon Landing, his 2009 solo album, and his first after the demise of Madrugada. “I felt very lost when I didn’t have the band any more. I didn’t really know how it would work out, how it would feel for me onstage, or what kind of music I would like to make as a full-time solo artist, I was slowly trying to find my way.”

Long Slow Distance is “closer to painting the whole picture,” as he puts it. “It is a very varied album, it points out a new direction for me, but people are going to recognise some elements, the drama and the darkness that Madrugada had. I thought it was time that I made an album that has its own identity, a very strong mood from beginning to end. I love albums that are like that.”

In this download, digital age, Høyem may be going against the instant gratification grain but that's in keeping with the album's message, best summed up by its closing track, the elegiac, Richard Hawley-like Innovations. “It's nice to end on a softer note musically but it's a pretty dark, ambiguous message,” he admits, before quoting the lyric. “The modern age is just a rumour, please do not lose your sense of humour. It will carry us. I have this feeling there is something wrong with the modern world, with the way things are going, the pointless consumerism. I can't really put my finger on it,” he ponders before lightening up. “But really, I am a romantic at heart. There is some comfort in that.”

Undoubtedly, Sivert Høyem is in it for the long haul. The widescreen soundscapes of Long Slow Distance, arguably the most intense, personal and prescient of the ten albums he has made in a storied career, are not distant spots, chimeras on the horizon, but vivid examples of a unique, vibrant, original talent. 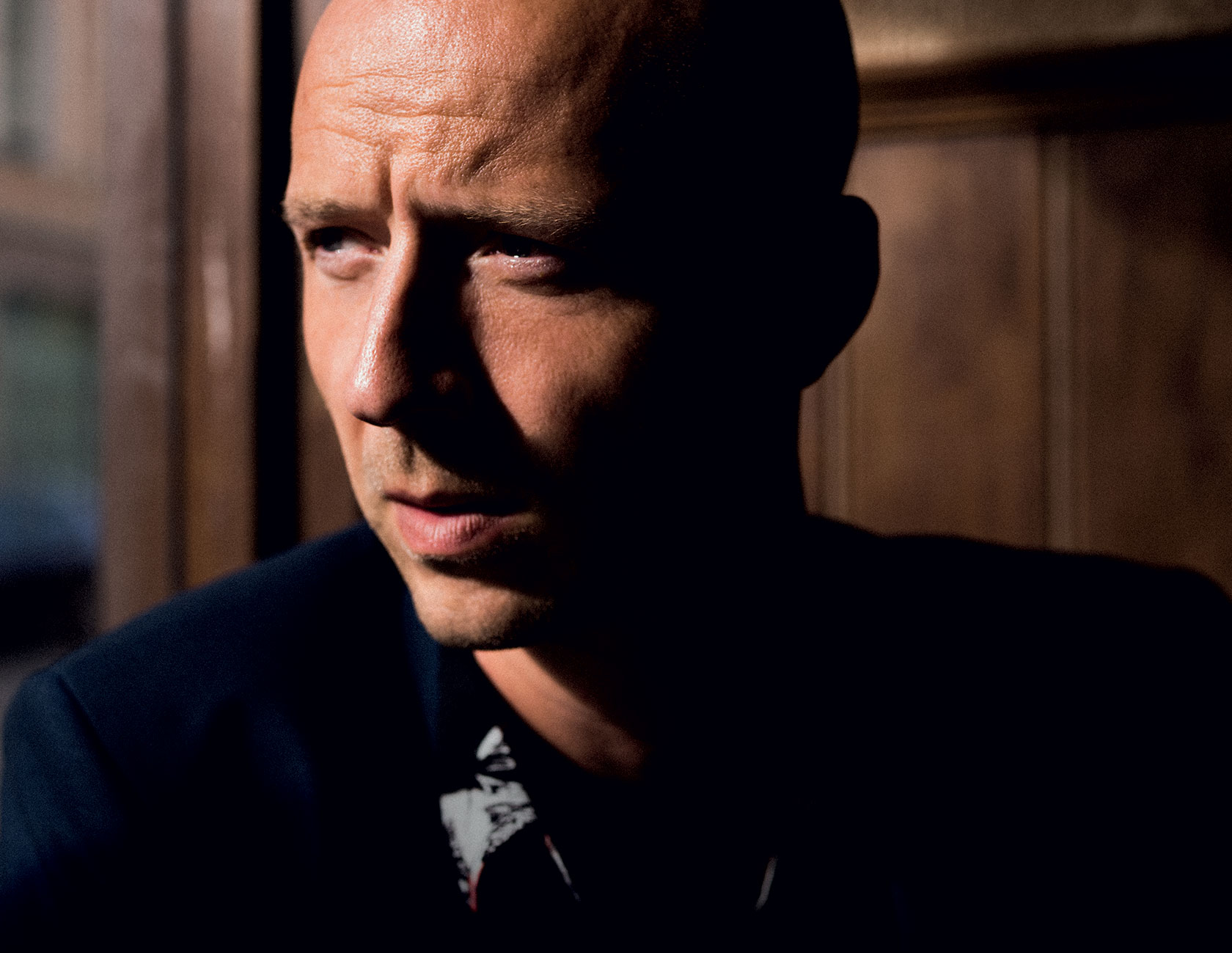 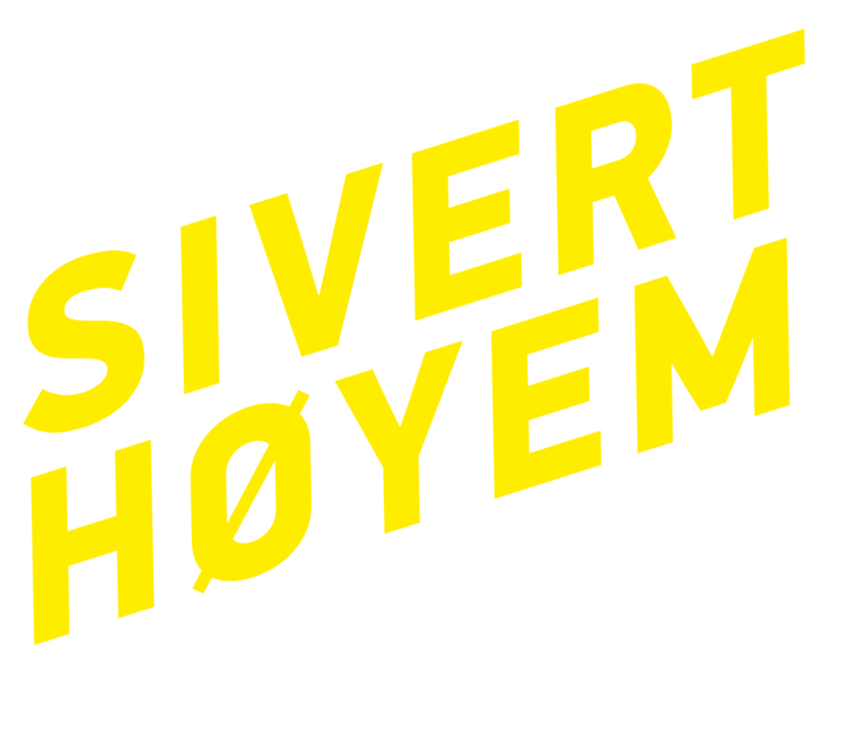