"I don’t want to make the same record over and over again. I not only want to represent lyrically where I’m at as a person today, but stylistically I want to represent the time that I’m in. I’m 37, which is different than 30, and which is different than 25. It’s a much different time in my life and I wanted the new record to reflect that. cradlesong doesn’t sound like anything I’ve done before, and I think that’s important."

Given Rob Thomas’s stature as one of modern music’s most compelling and commercially successful artists for well over a decade – between Matchbox Twenty, his solo work, and his various collaborations with iconic artists like Santana and Mick Jagger, his tally now stands at more than 80 million albums sold worldwide – it’s easy to let the charts and numbers overshadow the essential reason he’s come so far in the first place. As he says with typical understatement, "I’m a guy who hears songs in his head, and I have to write them down, and I have to get them out. I’m just lucky enough that I can make it my life’s work."

Arguably the most accomplished singer/songwriter of his generation, for Rob it all comes back to the creative source. "I have to separate the idea of what I do for a living versus what I do. Songwriting is the only thing that makes sense to me. Years of doing it helps, but the truth is that the reason you do it for years is because it’s what you do. It’s the only thing that I have that kind of shorthand on… I don’t know cars, I don’t know sports, and I’m not a math whiz. This is something that I look at and it just makes sense to me."

Making sense of his musical inspiration is what Rob Thomas does at an exceptionally high level. "It’s a two-part process – there’s inspiration and craft. The inspiration is the part that’s completely magical and you have no responsibility over. The inspiration is when you’re sitting in your car or in a room and you hear a melody. You love it, it sounds great, and then you realize that it doesn’t exist yet in the world, that it’s a melody you just came up with. That’s a process that you can’t be responsible for. The minute you start to claim ownership of it, you lose it. To paraphrase a quote from Quincy Jones, ‘the moment that success leads you to say, "I’ll take it from here, God," that’s when God walks out of the room.’"

song of the day https://t.co/tEIjGcDF5d 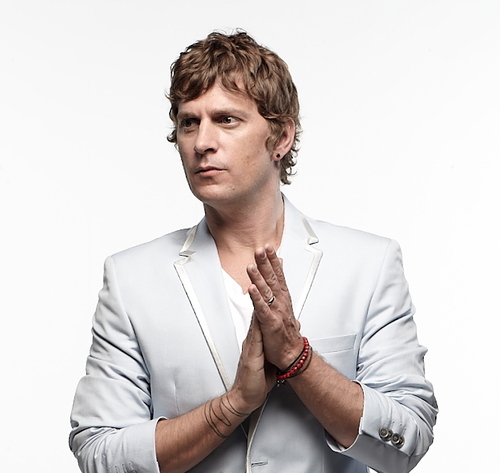