“Nobody ever paid money to see Harry Houdini escape being buried alive” says My Jerusalem founder and singer Jeff Klein. “They wanted the small chance of seeing him killed by the weight of the earth on top of him.”

Behold the concept behind Preachers, the second full-length release from Austin's My Jerusalem. From the opening piano of the haunting title track, to the unexpected pummeling guitar and drums on closer “I Left My Conscience In You”, Preachers leads the listener on a cinematic journey through a reckless, jagged landscape of Raymond Carver-esque stories, fueled by Klein’s persuasive baritone, ominous guitars, dream-like keyboards and a deep rhythmic pulse.

Recorded in under three weeks by Spoon drummer Jim Eno (Heartless Bastards, Polica, Black Joe Lewis) at his Public Hi-Fi studio, Preachers is the first My Jerusalem album genuinely made by a band, not just performed by a group of musicians. Pushing aside hard drives and laptops to make way for analog tape machines and vintage keyboards, what Klein describes as the “Post-Modern Southern Gothic Soul” sounds of Preachers were born from organic, live performances Eno carefully captured and tweaked.

Preachers is the follow-up to 2010’s critically acclaimed debut, Gone For Good, an album that earned the band performances on BBC Radio 6 and Daytrotter, as well as notices from NPR's All Songs Considered, AOL/Spinner's Song of the Day, and the iTunes Weekly Rewind. Along with European festival appearances at the Frequency Festival, Musikfestwochen, and Rock Im Saal, the band toured and played shows with a eclectic set of bands including Edward Sharpe and the Magnetic Zeros, Har Mar Superstar, Avett Brothers, Godspeed You! Black Emperor, and White Arrows.

Buoyed by the success of Gone For Good, Preachers showcases a band headed into the studio with a renewed focus and confidence. Preachers contains equal parts swagger (the swampy gospel of title track “Preachers”, the strutting intensity of “Born In The Belly”) and groove (the spooky beauty of “Shatter Together”, the crescendoing, feral drive of “Devoe”, the infectious crooner “Mono”); as much primal (“Death Valley”) as it is humane ("Chameleon").

“It’s a darker record,” says Klein, who, before forming My Jerusalem in 2010, made 3 records under his own name. “So much had changed since Gone For Good. We’d all kind of been through hell and back again in different ways, and this was the natural artistic result of all of that. But I think it’s a beautiful, comforting darkness. It’s real, but not selfish.”

“We finally have a shared collective vibe,” adds guitarist/keyboardist Jon Merz, “I believe it’s more representative of what our live shows sound like. This time around, Jeff would bring us song ideas and we would add our own perspectives to it.”

The five-piece, which also features multi-instrumentalist Michael St. Clair, drummer Grant Van Amburgh, and bassist Geena Spigarelli, also had the opportunity to road-test much of the new material before recording, during their extensive touring behind Gone For Good. It was a luxury they didn’t have the first time around.

"Working out the kinks live before recording them makes a big difference," reflects Klein, “They get a chance to breathe and grow before committing them to the world permanently. Because of that process, some songs, like 'Death Valley,' sound nothing like their early version. We’re excited to take them on the road and see how they evolve even further.”

Equal parts sweet, morbid, strange, and sincere, Preachers is an experience that could convert the most steadfast of non-believers. 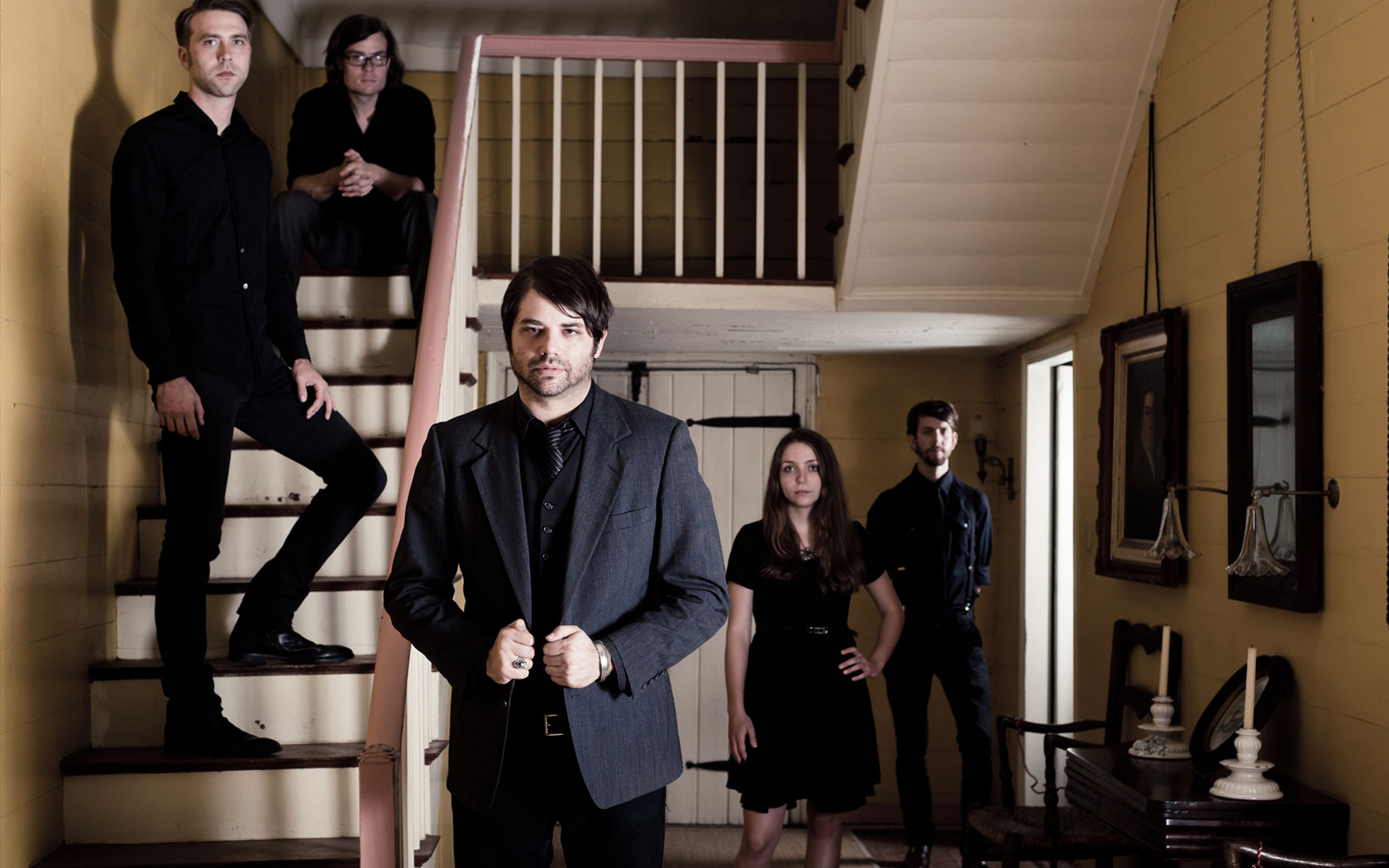