Since Monarchy started back in 2011 the Australian-bred, London based duo (formed by Ra Black & Andrew Armstrong) know their way around a banger that’ll have you swiveling your hips in no time. Get ready to hit the dance floor.

Having already clocked up in excess of a million streams for their single Hula Hoop 8000, Monarchy herald the release of their forthcoming album with the premiere of Hula Hoop 8000.

Given Monarchy's long standing reputation for delivering innovative and sumptuous looking videos their latest clip - the work of Grammy nominated production team Canada directed by Virgili Jubero - doesn’t disappoint. The song explains Monarchy’s singer Ra Black was written "as an escape from reality. I created a fantasy about how someone would feel when they get emotionally and physically engaged with someone that suddenly appears in life. In some way I’m always wanting to create music that makes me feel like a kid again. I’m really happy with how ‘Hula Hoop 8000’ turned out, cause it’s both authentic and fantasy.”

Band member and producer Andrew Armstrong says “The hula hoop theme reminds me of childhood and playgrounds, so when it explodes into the chorus I put in claps to represent kids playing skipping rope, while the synths have a crazy wobble about them, like a hula hoop careering down a hill.”

Commenting on the video director Virgili Jubero says "“Hula Hoop 8000 is a sexy, sophisticated and fun hip-swivelling song. Therefore, we imagined a videoclip that would mix fashion and a sense of humour, based on the aesthetic of photographers such as Guy Bourdin or Helmut Newton in the 90´s era of teleshopping. Altogether spin dried at maximum speed!”

Hula Hoop 8000 made a huge impact on it’s debut in June. Not only did the track prove a phenomenal hit across streaming platforms but it also received the award for “Best Trending Song” from leading Spanish radio station Spain 40pp, an outstanding achievement given previous winners have included U2 and Jared Leto.

Monarchy’s new album, the follow up to 2015’s Abnocto, is due for release in May 2018 - fans were given a preview of the two tracks at Monarchy’s recent headline gig at Koko.

However, as we go our separate ways, we’d like to leave you with our last album. It’s called SYZYGY and is out now!… https://t.co/j5XEfaHmjZ 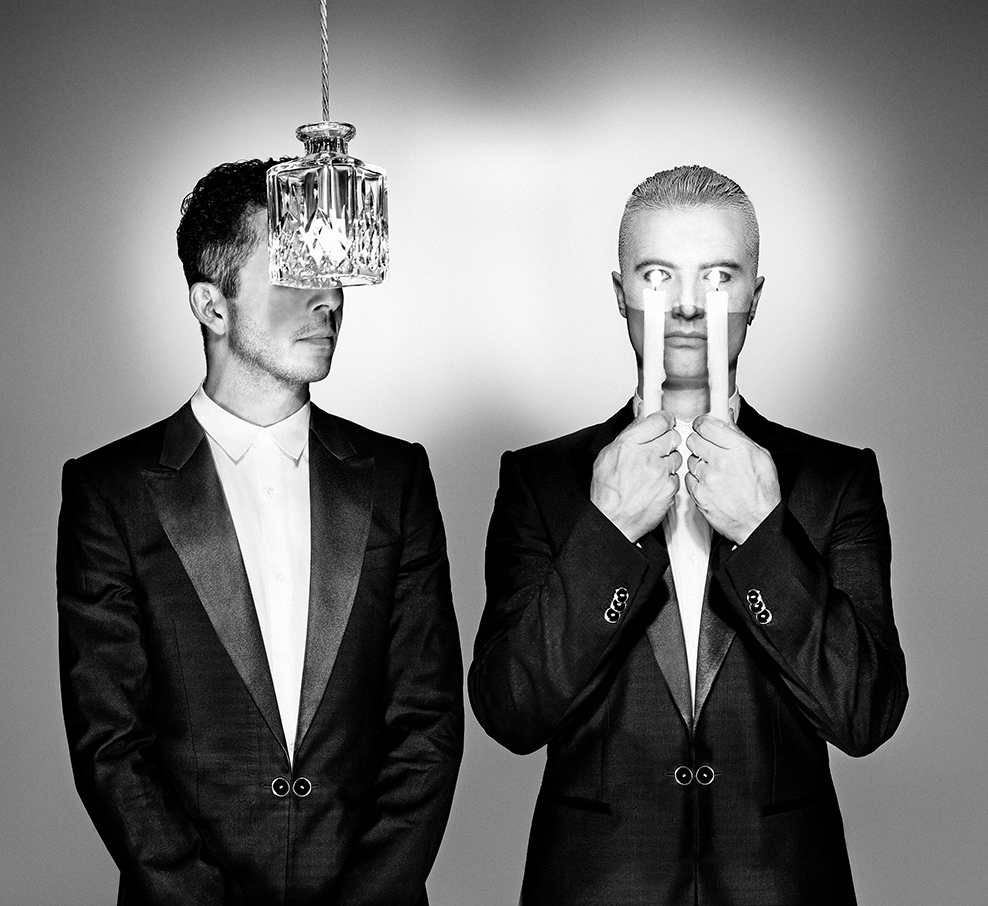