With their raw, energetic and distorted sound, Måneskin are bringing contemporary rock'n'roll to the forefront of the world’s charts.

Twenty-year-old Victoria (bassist), Damiano (vocalist), Thomas (guitarist) and Ethan (drummer) started out as buskers performing on the streets of Rome in 2015 and, just a few years later, conquered the world, becoming one of the most popular rock bands of the new generation.

They currently hold over 3.4 billion streams in total, with more than 38 million monthly listeners on Spotify alone. Following the great success gained by their debut album “Il ballo della vita” (which was released on October 26, 2018), the band embarked upon on a long tour across Europe and performed at the best music clubs and festivals in Italy, before releasing their now double-platinum single “VENT’ANNI” on October 30, 2020.

Their second album “Teatro d’ira – Vol. I” was released on March 19, 2021 and will be followed by sold-out tours in the major European cities and at sports arenas across Italy that will kick off in 2022, as well as an event concert at the Circo Massimo in Rome in July 2022.

On July 15, 2021 the video for “I WANNA BE YOUR SLAVE” premiered worldwide on YouTube, topping 6.7 million streams in just 24 hours, becoming a hit song in 67 countries and climbing to #20 on the global top artists chart.

The song also boasts a riotous new version - an iconic collaboration with the Godfather of Punk Iggy Pop, released on August 6, 2021.

The single obtained gold certification in the U.S. from the Recording Industry Association of America (RIAA) on November 29. Måneskin have broken a number of unprecedented records, peaking at #1 on the Spotify Global Top 50 Chart with “Beggin’”.

Together with “I WANNA BE YOUR SLAVE” Måneskin hit the UK Singles Chart with both songs in the Top 10, becoming the first Italian band in the history of music to crack the UK Top Ten Chart with two singles at the same time.

On September 25, 2021 Måneskin performed as headliners with Ed Sheeran and Doja Cat at the “Global Citizen Live 2021” in Paris.

On October 8, 2021 they released their new single “MAMMAMIA”, which debuted at #24 on Spotify’s Global Chart, the highest debut amongst all the new Friday releases and the band’s highest so far.

In Autumn 2021 they flew to the United States for two special shows in New York and Los Angeles, preceded by their American television debut on the iconic Tonight Show with Jimmy Fallon, and an appearance on the popular talk-show The Ellen DeGeneres Show.

On November 6th they performed as special guests at The Rolling Stones concert in Las Vegas.

The band won the "Best Rock" award at the 2021 MTV EMAs, becoming the first Italian act in history to win an international category, as well as a nomination for the American Music Awards 2021 for "Favorite Trending Song" with "Beggin '".

The powerhouse song is #1 on US Rock airplay - achieving the fastest rise to #1 in US Alternative Airplay by a band new to the format in 24 years.

The global smash hit also secured the longest #1 run at U.S Alternative Radio in 2021, as well as the longest ever #1 on Billboard's Hot Hard Rock Songs.

ITB in association with Vivo Concerti 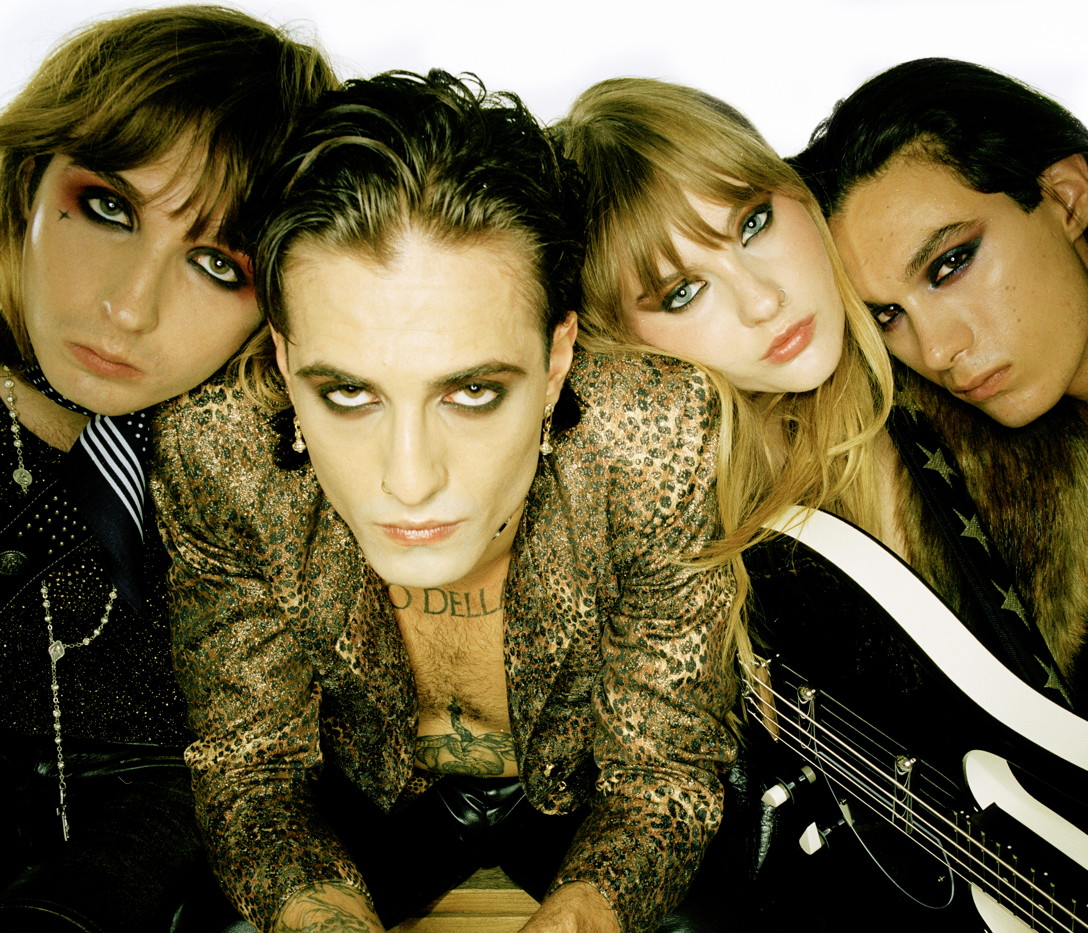