Lower Than Atlantis feel a lot like they’re starting secondary school just now. “You’ve just got used to having a few pubes and then all of a sudden you’re this big man,” says frontman Mike Duce,” “when you get there it looks like you’ve got no pubes at all and everyone else’s fucking covered in them.” A colourful yet certainly honest way of describing the position that he and bandmates Ben Sansom, Eddy Thrower and Dec Hart find themselves in. “We were one of the bigger bands playing the small circuit, now we’re a small band in the grand scheme of things.”

But the level of their modesty is no match for the scale of the achievement. Purveyors of infectiously crunchy, melodic and spring-loaded hardcore, their rise to the status of UK rock’s most-likely-to has been steady and, with hindsight, inevitable. It might look like that now, but they couldn’t have planned any of this that way. The four members fell together in the late-2000s, uniting as they realised that each other were all the most impressive members of their scene. With a DIY ethic that was honourable, but also borne from necessity, everything they have done until now has been written in Mike’s kitchen. Their story has been proof that the good will usually out.

Since releasing their debut EP ‘Bretton’ in 2008, through two more self-funded albums (2010’s ‘Far Q’ and 2011’s ‘World Record’) and a Biffyesque commitment to touring, they earned a fearsome reputation on the underground circuit, fast rising to prominence, media acclaim and with an often-terrifyingly devoted fanbase. Now, having attracted the attention of Island Records, they’re all set to release their ‘Changing Tune’, the album that looks set to turn them into British rock’s next great crossover act.

As is always the case with self-motivated rock bands who do it the old-fashioned way, they let ‘the industry’ find them rather than seeking anyone out, and after a whispering campaign led them gaining a buzz, they were sought out and seduced. One night in early 2012, in London on the final day of their sold out UK tour, they signed a record deal with a major label and then went off and played the biggest headline show of their careers. Life was going well. The journey then took them and producer John Mitchell to Rockfield Studios in Wales, a place steeped in rock history. Each day they would walk out past the weathervane that inspired the “any way the wind blows” line in Queen’s ‘Bohemian Rhapsody’. They would sit underneath the same stars that were shining on Chris Martin when he wrote ‘Yellow’. “And there we are,” says Mike, “getting pissed and lighting our farts on the sofa. It was mental!” Clearly, you can take the boy out of Watford…

‘Changing Tune’, the album that transpired, from the frenetic buzz of lead single ‘Love Someone Else’, retains the snarl that made their name, but moves them onto a place that, while not exactly more adult (who would want that?) then certainly more sure of itself. “We released a really hardcore metal album,” says Ben, “the second was a fast aggressive punk album, the third one was kind of your skeleton of a basic rock album, a skeleton of what this is. This’s a big, muscly dude complete with skin and organs.”

And while they’ve hardly ‘gone pop’, they do acknowledge a determination to use the bigger platform now that they’ve earned it. “I think our band has a message,” says Mike, “and if you want your message to get across, why wouldn't you make your music that little bit more palatable so that it reaches a wider audience? We feel we can pull that off without losing integrity”

And that message? “We’re four normal working class guys, who had shit jobs and no decent qualifications or anything like that. We’re just normal people. Our message now is that if you want something bad enough and really work hard - it will happen. We’re proof of that” The experience is affecting them more than they might have expected. Of the significance of the title, Mike only half-jokes, “originally there were a couple of positive songs on the album lyrically, which we’d never had before. We used to be so broke, we’d had the worst luck, and everything was kind of downtrodden, bummed out and whinging. But our band became our career, how can you moan when you’re having the time of your life? We've definitely changed our tune.” Although, keen not to throw the baby out with the bathwater, he smirks, “I'll always find something to moan about”

In fact, that attitude, and the wealth of new experiences (from getting a Fender Rhodes and a theremin to “using the studio as an instrument,”) inspires the album in unexpected and colourful ways. This is the message that burns through the whole of ‘Changing Tune’. And the band are primed to expect to expect the unexpected. For a band who named themselves after a place so deep, Lower Than Atlantis are getting themselves ready for the heights. 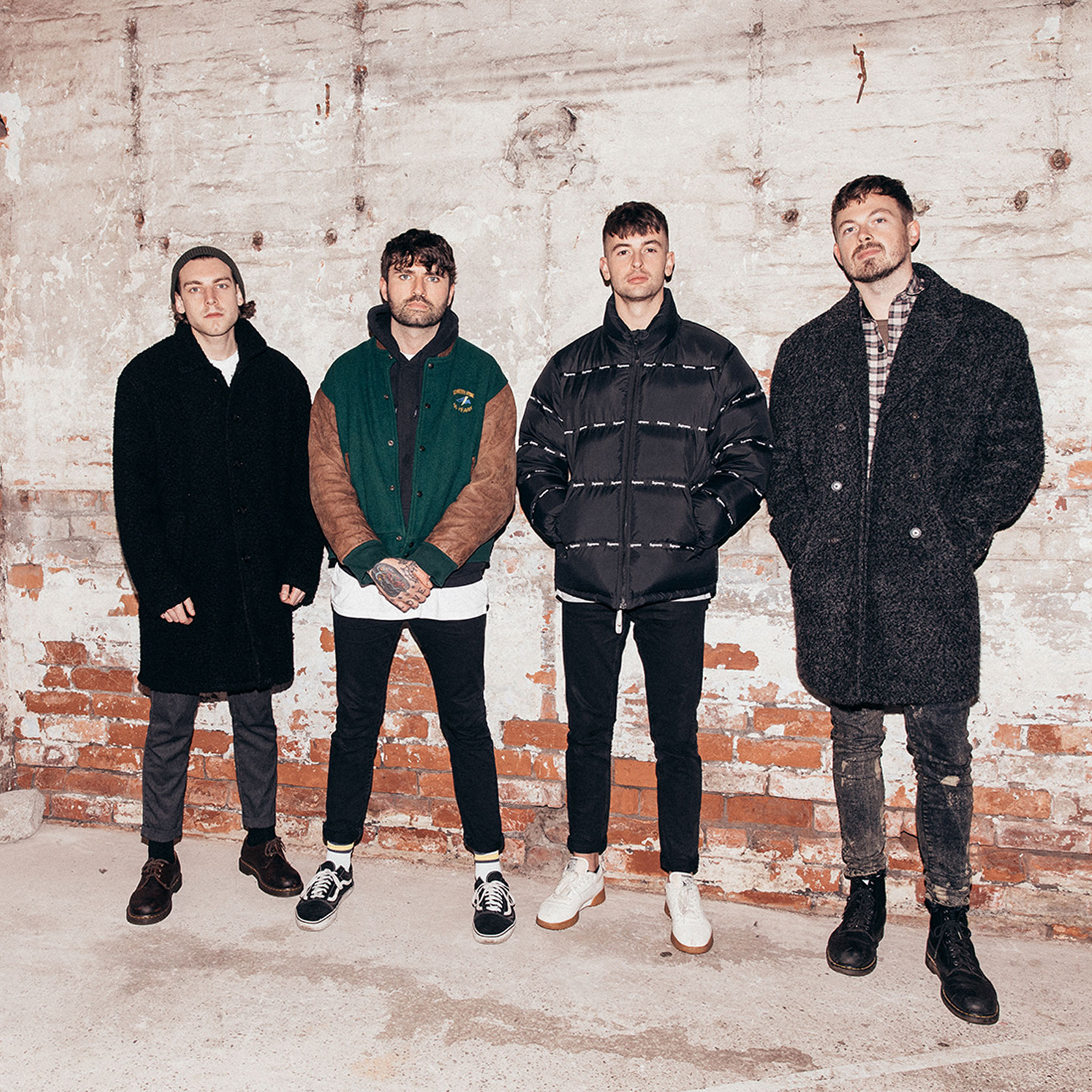