Renowned for the depth, ambition and heart of albums like 2008’s ‘Guidebook For Sinners Turned Saints’ and 2010’s ‘They Said A Storm Was Coming’, Jamie’s Elsewhere have returned to reclaim their place at post-hardcore’s top table.

After forming back in 2005, the Sacramento outfit spent a decade as one of the most respected names in their scene: the conceptual scope and storytelling prowess of their songwriting winning them dedicated fans across the globe. They shared stages with everyone from Motionless In White to Ice Nine Kills, and left a unique mark on alternative music, before putting the band into hibernation to pursue other projects. Now, with nothing to prove and their brotherhood stronger than ever, they’ve reconvened to open a bold new chapter.

“The last time we created music together was eight, almost nine years ago, so the process has definitely changed with the times and tech, trading files over Dropbox and meeting regularly on Zoom,” considers lead vocalist Aaron Pauley, also known for his work with Of Mice & Men.

“But there's a lot of joy and excitement in creating music together again. It's great that we've all been able to do it in between our other musical projects, jobs and personal lives.”

Alongside Aaron and founding member / guitarist Matt Scarpelli (also of Cemetery Sun), the band’s line up is now completed by bassist Chance Medeiros and drummer Mike Spearman. The first hint of what’s to come arrived in the form of ‘The Soil And The Seed’, December 2020’s triumphant comeback single. Produced by Matt himself and mastered by Ted Jensen (Green Day, Bring Me The Horizon) the song will eventually form part of a wider narrative – the kind of epic, but deeply human story that fans know and love them for.

It’s clear above all else that this is a band liberated, free to create for the love of it without constraints or expectations. With their other projects going from strength to strength, the band members are able to both pay tribute to what Jamie’s Elsewhere has meant to them and their lives, and to give their new music the time and attention it truly deserves.

“We'd all like to stay creating music for the fun of it and for our fans, who have been the focus in all of this coming back together. ‘No pressure’ is really the motto,” explains Aaron.

“We initially decided to create music together after the pandemic took away our ability to play a show (or several) commemorating the 10 year anniversary of ‘They Said A Storm Was Coming’, so I know we'd love to play live music together at some point.”

“Both Matt and I are in other full-time touring bands, and neither of our respective teams know 100 per cent what the future of touring will look like, so it's important to remain flexible. But while the pandemic has taken that opportunity away for now, we instead have an unplanned Dropbox full of songs that we're really excited about, and that we think fans will enjoy.”

While the future remains uncertain for all bands right now, one thing that you can guarantee is that you’ll be seeing and hearing plenty of Jamie’s Elsewhere in the weeks and months to come. This is just the beginning.

Brace yourselves: there’s a storm coming… 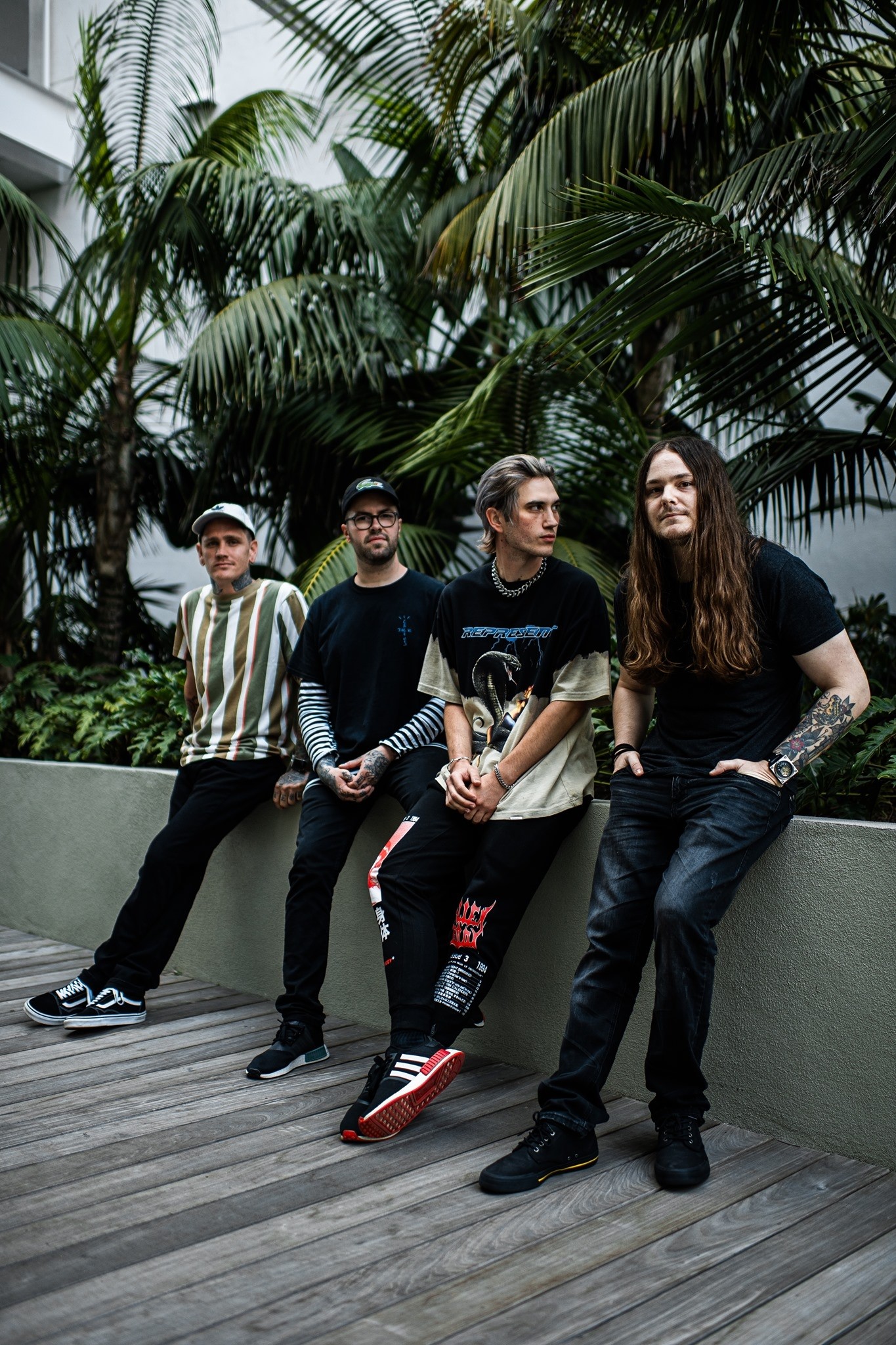