Extreme’s first album in thirteen years doesn’t just mark the band’s hotly anticipated return to the studio and stage. Saudades de Rock (pronounced “sow-dodge”) is a groundbreaking record that reaffirms the beloved, Boston-bred foursome’s stature as innovators in the world of rock & roll.

“A record is what makes a band vital,” says Bettencourt, who recorded Extreme’s comeback disc at NRG Studios in Los Angeles and served as the project’s producer and mixer. “For the fans, it’s like, ‘Show me if you still got it.’ And we’ve done that. I really think this is the best record we’ve ever done.”

Anchored by the amazingly memorable “Star” where Cherone’s vocals launch the forceful song before giving way to a brilliant hook and a topical observation of starlets falling from grace. Elsewhere, the anthemic rocker “King” is similarly lighthearted, as its mojo works a chorus that just won’t quit. “It’s one of those songs made for driving around with the top down,” Bettencourt asserts.

If the arc of Extreme seems surprisingly in synch, considering the large decade-plus gap between records, it’s because Bettencourt and Cherone kept in touch during the years when the band was dormant. Then, in 2004, a series of hometown reunion gigs planted the seed for what has ultimately become the outfit’s official regrouping. When the pair came together to pen the tunes that would comprise Saudades de Rock in late 2007, the creative floodgates were open. Says Nuno, “The chemistry was there from day one, as we suspected it would be.”

To which Cherone marvels, “I’ve spent my whole life trying to keep up with Nuno. There was actually too much material! We were doing a song or two a day, and we wound up with 23 or 24 songs in a two week writing session.”

“We knew within an hour of Gary and I getting back together to write, that we still had something relevant to offer,” Bettencourt continues. “And while there are great bands out there, from Muse to the Raconteurs, we felt like there was a void as far as straight up rock and roll goes.”

Consider that hole filled by the blistering, Zeppelin-minded riffs and powerful rhythms that that elevate “Slide” into a raw rock opus. Less bombastic, but equally scorching is the passionate, blues-y “Last Hour,” which Nuno describes musically as “something you’d hear in the 1960s. It reminds me of “House of the Rising Sun, but heavier.”

“We’ve always had a track or two where I sat at the piano with Gary,” Nuno says of “Ghost”. “But we wanted to make that one more upbeat.” Equally hypnotic and undeniably great, “Take Us Alive” incorporates a thumping country blues approach with Gary’s exceptional vocal performance and Nuno’s breathtaking guitar picking.”

“We’ve always had these ‘Right-turn-at-Albuquerque tracks’,” Nuno says, reminding us that Sirs Page & Plant utilized similar approaches long ago. Speaking of the ZOSO purveyors, he is quick to acknowledge that Extreme has always nodded proudly to its heroes.

“We’ve never had a problem wearing our influences on our sleeve,” the guitarist says. “I don’t care if it’s Zeppelin, the Beatles, Nirvana or Prince. You’d have to literally rise from the dead, get a guitar strapped on and write and record your record to not be touched by the music all around you. Going back to when we started, we always thought that Zeppelin and the Beatles were the greatest bands ever, and if we could fall somewhere in between them, we’d be doing something right.”

Based on the enthusiasm of the rock aficionados and diehard fans that have followed the band since its self-titled debut, Extreme’s 2008/2009 ‘Take Us Alive’ world tour is destined for success. Showcasing material from the majestic new album and classics from discs like 1990’s multi-platinum, Pornograffitti, not to mention 1992’s critically acclaimed III Sides to Every Story, the members of Extreme are thrilled to be heading out on the road.

“As much as we enjoy recording, for me, I’ve always loved playing live for the fans,” Cherone says. “We can’t wait to get out there and play this music live.” Staying clear of a common practice in recording studios, Bettencourt shunned computer trickery and vocal tweaks associated with Auto-Tune software.

“We’re having none of that,” Nuno explains. “Things can get really complicated in the studio if you let them. That’s why we wanted to do so much of this album live – these songs will translate easily to the stage. We’re really looking forward to getting out on tour, putting on a show. That’s really where the band shines.”

And for those still pining for the approach of Extreme’s chart smashes, “More Than Words” and “Hole Hearted,” where Cherone and Bettencourt harmonized with such effortless grace, look no further than “Interface,” which celebrates that proven formula while arguably trumping it.

Saudades de Rock finds the men of Extreme excited to be back together and playing to their collective strengths. And clearly, the accomplishment is not lost on them. “It didn’t take long for us to be reminded of what we were capable of,” Cherone enthuses. “We always knew Extreme was special. We always knew it was a matter of time.”

It’s a sentiment that carries over to the title of Extreme’s phenomenal new disc. “’Saudades’ was always a beautiful word to me,” Nuno explains. “It expresses a longing; an underlying sadness for something or someone that’s been missing in your life, and never quite sure if it will ever return. In this case, for us, it’s Rock and Roll. Saudades de Rock.”

Or as Gary concludes, “I like how it expresses that longing we’ve been feeling to play for our fans and be together again.” Amen.

Extreme has recently been introduced to an entire new generation of fans with the inclusion of their song “Play With Me” in the popular video game Guitar Hero as well as “More Than Words” featured in hit movies Forgetting Sarah Marshall and The Love Guru.

Gary Cherone says Extreme’s new album has some of Nuno Bettencourt's best-ever lead work: “His solos blow me away” https://t.co/mn3Cffo28U 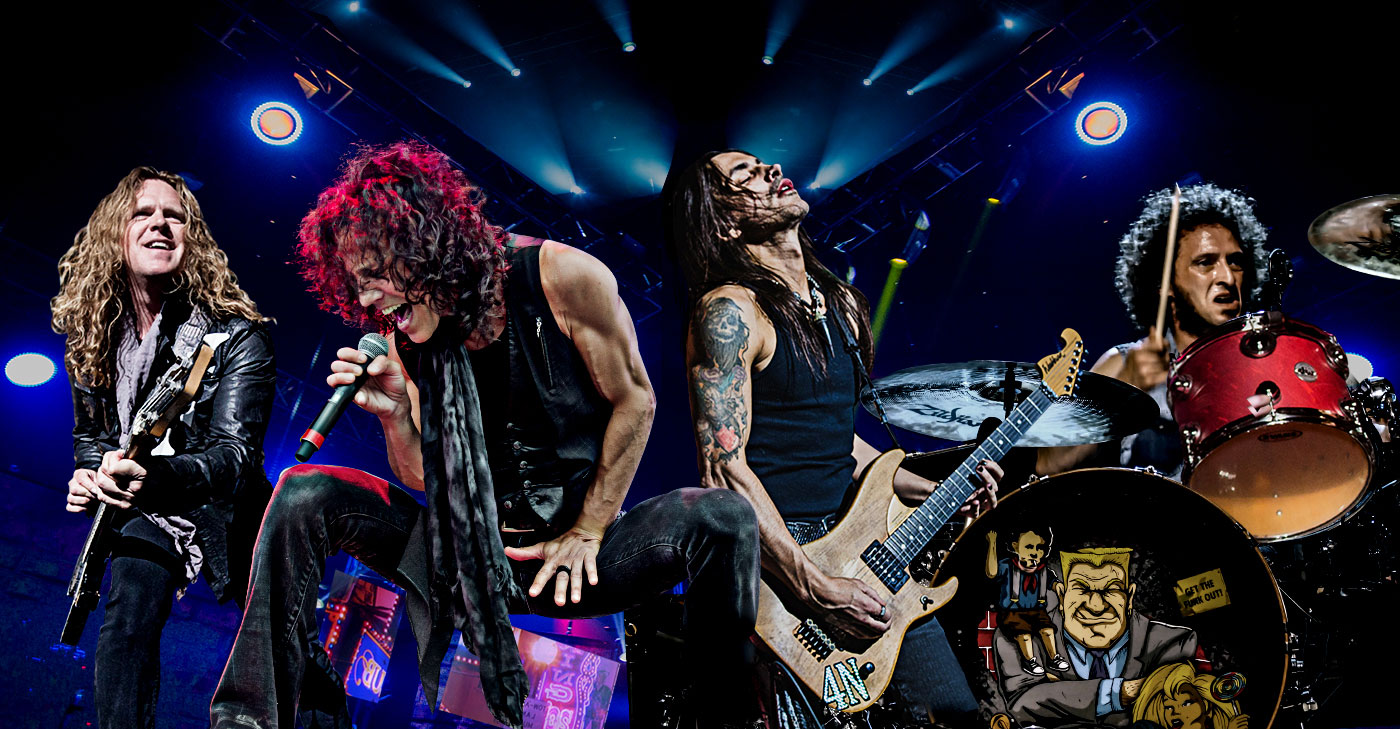