Multi-Platinum Italian singer Elisa was only 16 when her raw talent was discovered by music producer Caterina Caselli, who encouraged her to move to the United States to become fluent in English and help her broaden her skills as a songwriter and artist.

In 1997, her debut album “Pipes & Flowers” was released under Caselli’s label, Sugar Music, and produced by Corrado Rustici. It took only a few months to win important awards in Italy including the prestigious “Premio Tenco” award (Best Record of the Year awarded by the critics) and the PIM award, the Italian Music Award. Soon after, the album was released in several European countries and Elisa toured throughout Europe as the opening act for international pop star Eros Ramazzotti.

Why did Elisa, an Italian singer, write her songs in English? She wanted to protect her inner world, a world that she herself still needed to understand and consolidate fully. Ironically, English is also one of the most spoken languages in the world and the passing of years has turned this attempt to hide and protect into an opportunity, one that made her music reach more people beyond the Italian borders.

In 2000 Elisa released her second album, “Asile’s World”, filled with more introspective lyrics than the first and characterized by a dense electronic sound. It was recorded in the US and Europe and was produced by a team of different producers such as Darren Allison, Howie B, Roberto Vernetti, Mauro Malavasi, and Leo Z. Symbolically the word “Asile” is Elisa spelt backwards.

Not until the following year did Elisa write and release a song in Italian, titled “Luce (Tramonti a Nord Est)”. She teamed up with blues musician Zucchero Fornaciari, and the song won the Sanremo Festival, the most important event in the Italian music scene. Her popularity in Italy quickly grew aiming her awards from the Italian Music Awards to the MTV European Music Awards for Best Italian Act.

Elisa’s third album was released in 2001 and was titled “Then Comes The Sun”. An international version (simply titled “Elisa”) was released in more than twenty countries such as Germany, Spain, the Netherlands, Norway, Sweden, South Africa, and New Zealand by Sony Music. Having abandoned the electronic arrangements (“The arrangements are just like a dress for a song”, she would say later), she focused instead on the simplicity of her message.

In 2002, Elisa sang at the Winter Olympics closing ceremony in Salt Lake City, Utah and then again four years later at the 2006 Winter Games in Turin, Italy. The same year she also took part in Pavarotti & Friends, where she performed a duet with Luciano Pavarotti. Other performers were Sting, Andrea Bocelli, Zucchero, James Brown, Grace Jones, and Lou Reed.

In 2003, Gabriele Muccino (director of “Pursuit of Happyness” and “Seven Pounds”) asked Elisa to record a rendition of an Italian song titled “Almeno Tu Nell’Universo” for his new film (“Ricordati Di Me”).

A few months later the fourth album “Lotus” was released. It was produced by Elisa herself under the supervision of Pasquale Minieri. It had a seventies era flair due to the fact that Elisa meant to draw on the vital energy and creative verve of that period.

In 2004, after a long tour in Italian theatres, well-connected American producer Glen Ballard (Anastacia, Alanis Morissette, Christina Aguilera) reached out to her to collaborate on a few songs, which eventually resulted in even more: “Pearl Days”, Elisa’s fifth album. The songs

In 2005, Elisa performed at Rome’s Circus Maximus for “Live 8”, a big event consisting of a string of benefit concerts that took place on 2 July 2005 in the G8 states and in South Africa in support of the aims of the UK's “Make Poverty History” campaign and the “Global Call for Action Against Poverty”.

Some months later Italian radio started to play “Gli Ostacoli Del Cuore,” which topped the Italian charts and was included in her greatest hits album “Soundtrack ’96-’06" that was meant to celebrate Elisa’s first ten years of her career. It has sold more than 600,000 copies.

In 2006, Elisa wrote and produced “Teach Me Again”, a track in which she sang with the international singer Tina Turner. The tune, which raised funds for abandoned children, was the main theme of the “All The Invisible Children” film, a multicultural project made of seven short films, each one signed by important directors such as Mehdi Charef, Emir Kusturica, Spike Lee, Kátia Lund, Jordan Scott, Ridley Scott, Stefano Veneruso, and John Woo. “Teach Me Again” was released in Germany, Greece, Switzerland, Spain, Portugal, and other European countries, remaining on top of the Italian singles chart for a number of weeks.

In 2007, Elisa crashed onto the American music scene as the result of the ballad “Dancing” that was featured on the American talent show “So You Think You Can Dance?”, broadcast on Fox America. The song entered the iTunes top 20 single chart both in the U.S. and in Canada, drawing unexpectedly with it the “Then Comes the Sun” album on the iTunes album chart as well. “Dancing” remained for some time on the iTunes pop charts and ranked 25th in the “Billboard Hot Singles Recurrent for the Year”. On the final episode of the show, the winner danced to Elisa’s song “Rock Your Soul”.

In 2008, Elisa released her first album targeting North American music lovers. The “Dancing” album, a collection of Elisa’s best ballads, climbed to number 5 on Billboard's poll for Best Album of 2008.

In October and November, Elisa headed to North America to promote the “Dancing” album. It was Elisa’s first tour in Canada and the US, spanning 16 cities from Toronto to Seattle. She was accompanied by her band in clubs that made music history.

A live performance of Elisa singing “Dancing” was spotlighted on the early 2008 DVD release “Vivere: Andrea Bocelli Live In Tuscany”, which also featured her duet with the legendary tenor on the beautiful Italian track “La Voce Del Silenzio”.

On April 21 2009, Elisa joined 55 other Italian artists in Milan to record a song titled “Domani” dedicated to those suffering personal losses from the tragic earthquake that struck Central Italy earlier that month. This recording was followed by a fundraising concert in June at the San Siro Soccer Stadium in Milan that gathered more than 100 Italian female singers and headed by Italian Laura Pausini.

Elisa’s new album “Heart” was released in November 2009 and immediately topped the Italian album charts. It is Elisa’s sixth studio album and includes 14 songs produced by Elisa herself along with Andrea Rigonat. One of the tracks is an emotional duet with English born singer- songwriter Antony Hegarty known best as the lead singer of the band “Antony and the Johnsons”. A few weeks later it went triple platinum.

In 2010, Elisa produced her seventh album “Ivy” collecting a few songs that were rearranged in acoustic and new tracks. The album was completed by a documentary by Icelandic director Dennis Karlsson and was followed by a theatrical tour all over Italy.

In 2012, the album “Steppin’ On Water” was released in the US by Decca Records. It featured the song “Love Is Requited” which was released in 2011 and was the theme track to the movie “Someday This Pain Will Be Useful To You” by director Roberto Faenza. The cast starred Oscar-winners Marcia Gay Harden and Ellen Burstyn, with Lucy Liu, Peter Gallagher, Deborah Ann Woll, and Toby Rigbo. “Love is requited” (music by Andrea Guerra and words by Michele von Buren) has won the Silver Ribbon in Italy for the best song.

At the end of 2012, Elisa’s song “Ancora Qui”, whose music is by Italian composer Ennio Morricone, was included in the score of the Oscar winning movie “Django Unchained” directed by Quentin Tarantino. “Ancora Qui” was one of the 75 songs eligible for Best Original Song Oscar. The version of the movie was the demo that was initially sent to Quentin Tarantino and was arranged by Elisa herself.

In 2013, Elisa released the new album “L’Anima Vola”. It is Elisa’s eighth album, as well as the first in Italian. All of the songs were written in her language and this step has represented a crucial stage in Elisa’s work of writing songs. Italian was not en enemy anymore. The album debuted at No.1 on the Italian charts and was followed by a long tour that took Elisa to play in Italy and in Europe in 2014. “L’Anima Vola Tour” came to a conclusion with a sold-out concert at the “Arena di Verona”, the world-renowned Roman amphitheatre in Verona. Guests of the show were Belgian songwriter Ozark Henry, with whom she recorded a song titled “We Are Incurable Romatics”, and British songwriter Jack Savoretti.

In November, Elisa played a few concerts at clubs in Europe and Italy by opening at Koko in

London with a sold-out date. Further venues were in Paris, Bruxelles, Madrid, and Zurich.

In 2015, Elisa led one of two teams of the most famous Italian talent show “Amici di Maria De Filippi” where she made her skills available to the contenders. During the course of the year she met Ennio Morricone again on the stage of the “Arena di Verona” and sang the song “The Ballad of Nick & Bart (Here’s To You)” that was originally performed by Joan Baez in 1971.

In 2016, Elisa released the album “ON” that features eleven songs in English and two in Italian. It is an album with an international pop feel that once again highlights Elisa’s growth as an artist and as a songwriter able to reinvent herself over the years. “No Hero” is the first single from the album with a message about bringing out the best in ourselves. It immediately topped the Italian charts. One of the song of the album features British songwriter Jack Savoretti.

2017 marked Elisa's 20 year career anniversary, and she chose to celebrate this milestone with four live performances called "Together Here We Are", which took place in September at the "Arena di Verona".

The shows were themed, with the first one being "Pop-Rock", the second one acoustic, and the last two backed by a full orchestra. Elisa invited some of the biggest artists in the Italian music scene, who she collaborated with throughout the years, to perform her greatest hits with her to a large audience. All of the shows sold out.

On 12 September 2017, coinciding with the first of the four concerts in the Arena, Elisa released a new song, "Ogni Istante", which she also made available in an English variant, "Yours to keep". "Ogni istante" is a love letter from Elisa to her fans and a thank you for spending 20 years together.

On 13 April 2018, another new single, "Will We Be Strangers", was released on streaming platforms. The song was produced by Big Fish and Rhade. Elisa premiered the single live in London on 8 April, at the Jazz Cafe in Camden Town, on the first date of a European tour which sold out every venue, and visited Munich, Berlin, Cologne, Zurich, Paris and Brussels.

On 14 September 2018, “Quelli che restano” was released. The song, entirely written by Elisa, is an intense and intimate duet with Francesco De Gregori in which the voices of the two artists sound deep and clear in the foreground.

On 28 September 2018 Elisa hit the radio again with “Se piovesse il tuo nome”, her new single anticipating Elisa’s tenth studio album “Diari Aperti”. The song, in which the clear and vivid voice of Elisa flows through photographs of everyday stories and feelings, topped the radio airplay charts for several weeks.

On October 15, 2018 Elisa became an ambassador of Save the Children. A video was released in support of the campaign against child malnutrition, the soundtrack to the video is “Promettimi”, another song from “Diari Aperti” donated by Elisa to the Organization.

On 26 October 2018 the “Diari Aperti” album was released. Eleven tracks, all in Italian, which are also eleven frames of Elisa’s life, stories and memories, real pages of notebooks and diaries that have accompanied her life since childhood. 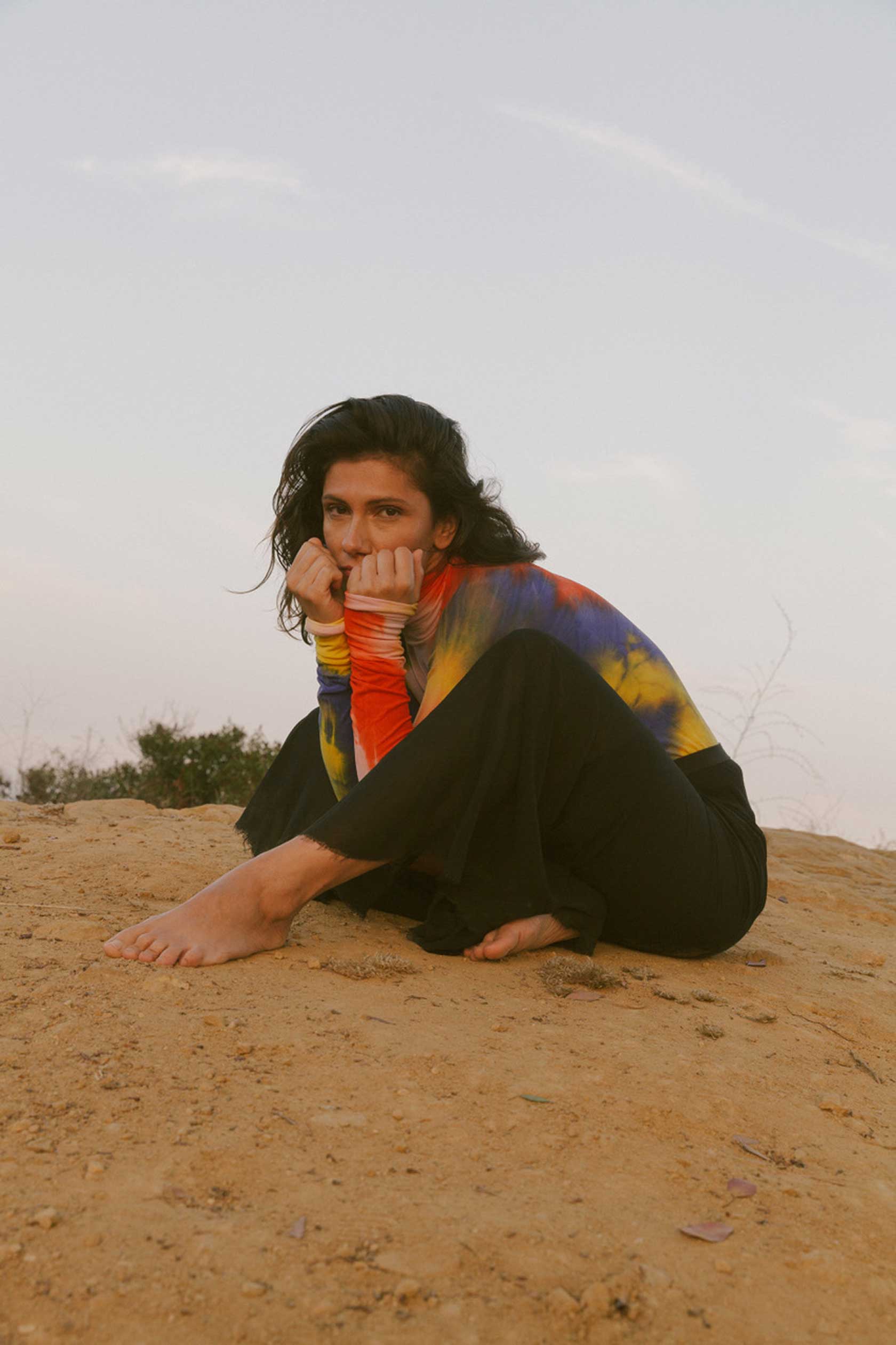