Every element of Egyptian Blue’s angular and uncompromising sound brings with it an urgency that is both rare and vital. Their duo of critically acclaimed EP’s to date, both released via Yala! Records, have made the Brighton-based band a compelling proposition. Between their jolting, groove-orientated post-punk attack and their polemic lyrical approach, the quartet made moves in all of the right places. The tracks ‘Collateral’ and ‘Nylon Wire’ were playlisted at 6 Music, while further support came from Jack Saunders, Steve Lamacq, Huw Stephens, John Kennedy and artistic peers including Joe Talbot (IDLES) and Yannis Philippakis (Foals).

Lifelong friends Andy Buss and Leith Ambrose formed the band in their hometown of Colchester with bassist Luke Phelps. Initially practicing above a jewellery shop, they were the epitome of a band reacting to the mundanity of their surroundings. Early jams often devolved into marathon sessions of fourteen hours or more, made all the more chaotic by the amount of whisky they’d share as well as the growing attention of the local police.

Relocating to Brighton, a turning point came at a King Gizzard & The Lizard Wizard gig. Seeing a band that well-drilled made them rethink the work ethic that their own project required. The addition of drummer Isaac Ide early in 2019 completed the jigsaw, offering a more intense direction for the band, together with a fresh rush of creativity. 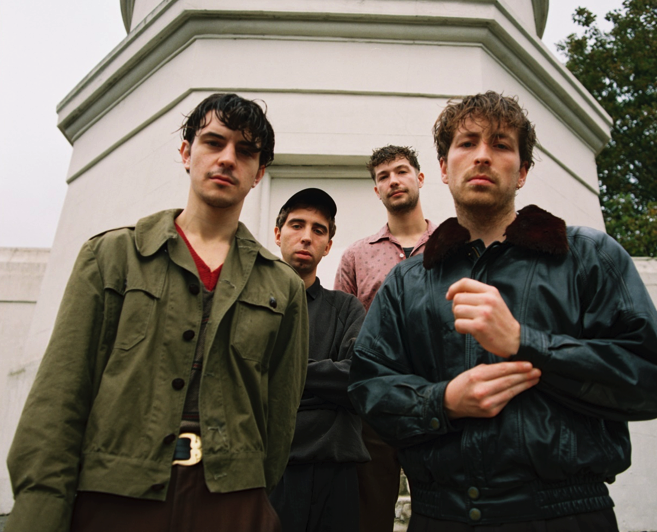