Legends. Icons. Idols. These are the words used to describe those rare bands that have been adored for a lifetime and immortalised as distinct creators of rock and roll.

But what these reverent words are missing is the notion of now. How do you reconcile a generation-spanning word like icon with the quick beat of the present? Aerosmith does it. The band members are legends, icons and idols, dynamic in the present; as cool and innovative now as they were thirty years ago.

They are a phenomenon, a force of nature, trail-blazing, unstoppable, showing no signs of slowing down.Unique even among the select handful of rock bands who are still active after their Rock and Roll Hall of Fame induction, Aerosmith has sold over 100 million albums.

Think for a second about how big a number that is and how many people have heard their music. Huge! Steven Tyler on vocals, Joe Perry and Brad Whitford on guitars, Tom Hamilton on bass, and Joey Kramer on drums. They’ve outdone the trends and fads of rock and roll to become one of the most powerful and electrifying forces in popular music.

Rewind for a minute to the early ‘70s, when the phrase “sex, drugs and rock & roll” was a rebellious teenager. Enter Aerosmith with a sexy swagger and thrusts ofmetal, glam and boogie woogie. Tyler’s lyrics laced with double entendres and witty humor perfectly complimented by the entire group cool urban charisma. Beyond driving rock and roll tunes, Aerosmith created quintessential power ballads such as Dream On. This dual skill set gave the band a string of gold and platinum albums, including Get Your Wings, Toys in the Attic and Rocks.

The early ‘80s were rockier times, with Perry and Whitford temporarily leaving the Aero fold to pursue solo projects. The guitarists returned in 1984 and soon after, Aerosmith was back in the saddle again. And they have been on top of the charts ever since. Albums like Permanent Vacation, Pump, Get a Grip and Nine Lives, Just Push Play, and their latest release, the blues-inspired 'Honkin' on Bobo', have all been huge successes. And the killer videos – a driving force of the video medium, these Boston rockers led the look, style and attitude of the ‘80s MTV generation. Videos for Dude Looks Like a Lady, Livin’ On the Edge and Crazy (starring Liv) are solid MTV classics. And later, with videos like Pink and Jaded, Aerosmith continued to cut the edge.

Always a step ahead of the pack, Aerosmith’s Just Push Play is the first album to be produced by band members Steven Tyler and Joe Perry (along with Mark Hudson and Marti Frederiksen). The unforgettable pop melodies and bone-shaking rock riffs that are Just Push Play sent Aerosmith even further on their path to musical immortality.

'Honkin' on Bobo' was released in March 2004, and as one Rolling Stone review put it: "Aerosmith don't have much time for pain on Honkin' on Bobo. The songs are mostly about gettin' some, then gettin' outta there -- Dixon's "I'm Ready," Bo Diddley's "Road Runner" -- and the attack is heavy Sixties shindig: snarling guitars, thunderclap drumming, Steven Tyler's 3-D snake hiss and widescreen yowl. Bobo is really a combined tribute: to the originators of the blues' core repertoire and the explosive, electric inventions of 1960s British bands such as the Yardbirds, Mayall's Bluesbreakers and the Peter Green-era Fleetwood Mac." (David Fricke, Rolling Stone)

With such an unstoppable passion for creating great music, a unique creative vision and an unyielding appreciation for their fans, there are no limits to what the future holds for Aerosmith. 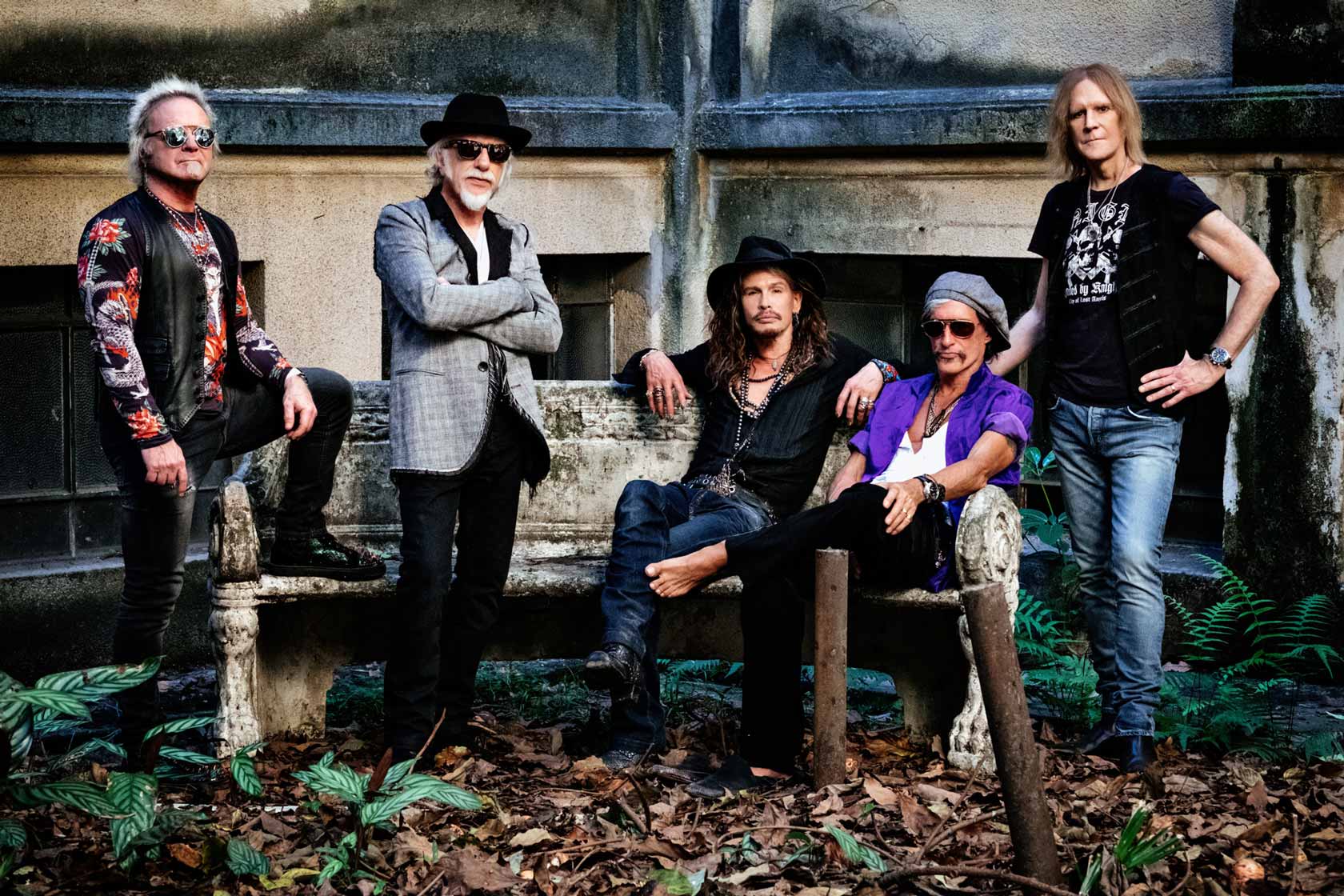