Any young music fans eager to find a route into the music industry could do worse than follow Liam Keightley’s example. Despite doing a business course at college focusing on the entertainment industry, Liam soon found that there was no substitute for getting stuck in wherever and however he could.

“I’d done work experiences at record labels, management companies, A&R departments – anywhere that would have me,” says the Yorkshireman, “and at one point I was working in record shop from 7-3 then from 3-7 at a label, then running a club night some evenings.” Now that’s what we call work experience. Through gigs he put on at London’s Buffalo Bar, he began booking extra shows elsewhere for a few unsigned bands. And when one of them was taken on by ITB’s Lucy Dickins, she mentioned that her assistant was leaving…

A schooling in the agent’s art ensued, with Lucy’s creative approach to booking young bands proving a fine education. “When I started with Lucy we were putting on bands everywhere from standard venues that put on gigs every night, to anything inbetween,” Liam recalls. “Lucy was always thinking outside the box, and encouraging me to as well. It’s common practice now, but it showed me that you can offer different options to an artist, and give fans something a bit more interesting too.

“It’s got to be right for the artist, though” he adds, “because you have to think from a production point of view as well.”

Once he began to build his own roster, which now includes up-and-coming acts such as Sweet Baboo, Pinkunoizu and Rae Morris, he also learned the importance of knowing your client and building a relationship with them.

“Especially when an artist is starting out, you need to develop an understanding of what they’re about, and then you can work your live plot a bit easier, because when you get offered things you know what they would want to do and what they wouldn’t.”

Five years into the job, he’s as fired up as ever, admitting: “I’m out three or four nights a week, not just at gigs I’m working on, but because I’m a fan. And I still buy records and CDs – one of a dying breed!

“But if you’re not passionate about music and the industry that produces it, you’re in the wrong job.”

First gig that blew me away

“Manic Street Preachers, at Doncaster Dome in 1997 on the Everything Must Go tour. I was 15 – the energy and the atmosphere were like nothing I’d ever felt before. It was at a leisure centre, but it shows if the elements are right a great gig can work anywhere. The Verve at Haigh Hall, Wigan in 1998 was another incredible live experience for me in the early days.”

“Leeds United – it runs in the family. But it’s a painful passion!”

“I’m a big real ale fan, so a pint of Timothy Taylors at the Black Bull in Boroughbridge – you can’t get much better than that. The frustrating thing about London is that there are no sparklers anywhere. All the ale is pulled flat. Go to a pub in Yorkshire and it has the sparkler on the end of the tap, which is just these tiny little holes…” (rant continued at great length if you care to discuss this with Liam himself). 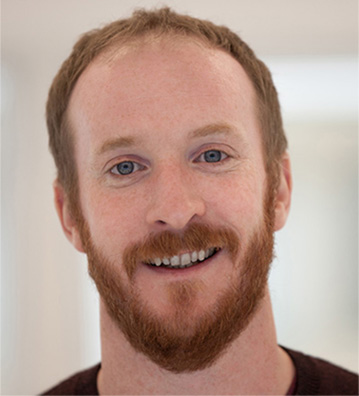 Liam is assisted by Megan.